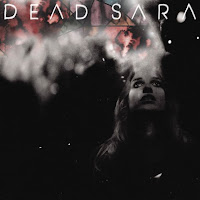 While Dead Sara may have graduated from the garage to the studio on their eponymous debut, the band still saved enough of their loud-as-hell, powerhouse songwriting style to go around here. From the bombastic opening salvo “Whispers & Ashes,” Dead Sara is a tidal wave of thunderous sounds and noises, which somehow get effectively collated into a cohesive end product as evidenced by the following pair of tracks, “We Are What You Say” and “Weatherman.” Vocalist Emily Armstrong is a hidden gem of a voice that just cries out to be heard, and when she pairs with the killer, booming guitar work, the result is hard to miss. Dead Sara showcases its rebellious spirit on punk-addled diatribes such as “You Said You Were Lucky” and “Lemon Scent,” but rest assured the album is just as good when the band taps the brakes and tempers the pace (“Dear Love,” “Face to Face,” “Sorry For It All”). There’s an undeniable swagger that runs throughout Dead Sara, an album that should evoke multiple spins after an initial listen. With its blend of punk, classic rock and modern pop, Dead Sara has produced one of the better modern rock debuts you’ll hear this year. While it does come across as polished, there remains an air of danger and unpredictability in these songs. Dead Sara is an emphatic stamp, an exclamation point if you will on the bands arrival on the rock scene, and if you don’t hear Dead Sara yet, you better sure as hell listen up, and listen good.