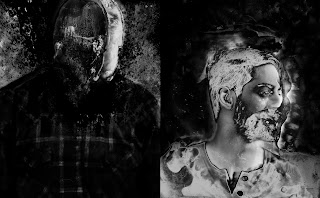 Ten Kens are ready for action once again with their soon to be released third record, Namesake, out September 4th, 2012. The critically acclaimed group, who have garnered attention from such high profile publications such from Artrocker to the BBC, and are about to take things to a whole new level. Just releasing the single and video for the haunting track “Bliss,” Ten Kens are prepared to hypnotize your eardrums. Creating their most powerful and poignant record to date, the title of the album comes from the band moving away from their signature sound and exploring their dark psychedelic side that will truly capture your eyes and ears.

Based in Toronto, Ten Kens is the brainchild of songwriters Brett Paulin and Dan Workman, who have created quite a stir in the Canadian music scene, even formerly landing a deal with Fat Cat Records, the famed U.K. label. The group is always evolving and are taking their music into the future. Their dark undertones create a brilliant wall of sound that will leave you in awe. Approaching the topics of life, death and everything in between, this exploration of sound is much more than an abstract piece of art. It’s a masterpiece.
Email Post
Labels: free free music free music friday ten kens