Free Music Weekend! LIMB - "It Is So Hard Being a Kid" 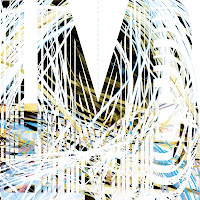 LIMB is the brainchild of James Templeton, who was born in Alvin, Texas, 40 minutes South of Houston. A hometown legend to say the least, LIMB has taken on several forms in the past few years. Releasing The Shape of Punk for Some in 2011, the album was a collaboration with musicians Casey Berridge and Josh Cordova (Fucks).

MP3: "It Is So Hard Being a Kid" - download.themusebox.net/limb/it_is_so_hard_being_a_kid.mp3

The album is the band’s sophomore effort, which will be sure to completely blow you away! Similar to Andrew Duracell and KJ Sawaka, LIMB’s current methods are powered by a combination of live drums, triggers, side chain racks and an assortment of harsh synths and samples. Playing live drums allows Templeton to break from what he refers to as “the loop,” and explore more improvisational and unpredictable outcomes. Get ready for what LIMB has to offer.