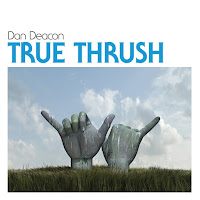 "True Thrush" is the second track to be made available from Dan Deacon's forthcoming album America out August 28th (North America) / August 27th (Rest of the world) on Domino.

While "Lots" is a good introduction to the album's aesthetic territory, "True Thrush" is Deacon outdoing himself to craft truly transcendent pop. This is the song we've been waiting for him to make.