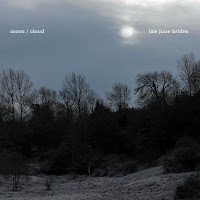 The June Brides crammed a lot into their short first life: NME cover stars, invited by Morrissey to tour with The Smiths, leaving a beloved album and clutch of singles when they bowed out in 1986. Their influence has since been acknowledged and songs covered by acolytes including the Manic Street Preachers.

"A January Moon" is the silver lining and a classic example of Phil Wilson's way with a melody whereas "Cloud," a previously unreleased Granite Shore song, shows the darker shadow cast upon this moon. Taken together, they show that Phil and The June Brides are still a very potent pop force, and that age has only deepened their talents.