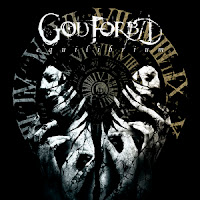 God Forbid’s latest, Equilibrium, is a slab of ultra-proficient modern metal with a glint of classic metalcore ala early era Scarlet and Shadows Fall. “A Few Good Men” is among the best tracks the band has ever put to wax and that’s not even to mention the cavalcade of asshole blistering shredfests (“Don’t Tell Me What to Dream,” “Cornered”), though Equilibrium doesn’t lose steam when it wanders to the Bullet for My Valentine side of the tracks (“Equilibrium,” “Overcome”), instances that allow frontman Byron Davis to flex his clean tone muscles, and if vocal muscles were abs, the man would have a washboard six-pack. While Equilibrium does offer a fair share of melodies, it’s by no means more light than dark, as God Forbid has found a nice ‘equilibrium’ between the two. Rest assured this record is still as riff-tastic and punishingly heavy that it’ll satisfy the oldest school of thrash fans.