Free Music Monday! How to Dress Well - "Ocean Floor for Everything" 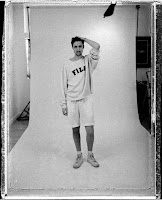 Acéphale is proud to announce the signing of Chicago based musician How To Dress Well.

How To Dress Well is the stage name of songwriter and producer Tom Krell. Krell's burgeoning career began in 2009 when, having just moved from Brooklyn to Berlin, his songs began to emerge online via a hugely prolific string of free digital EPs posted in anonymity on his blog. Combining a gorgeous falsetto with fractured R&B-influenced beats, an instinctive ear for subtly devastating melody and elements of noise, sound collage and avant-garde composition, Krell's debut album Love Remains offered an equally beautiful and troubling window into a startlingly realized artistic imagination.

MP3: "Ocean Floor For Everything" - http://soundcloud.com/howtodresswell/how-to-dress-well-ocean-floor

Praised for both its conceptual strength and immediate emotional resonance, Love Remains duly garnered vast critical acclaim and highlights such as "Ready For The World" and "Decisions" saw Krell accredited with having given birth to a new, narcotized strain of R&B that has since spawned a host of imitators.

Since Love Remains, Krell has toured the world, recorded with an orchestra (the Just Once EP, with proceeds going to raise awareness about mental illness) and, always prolific, written and recorded a lot of new music - all whilst continuing work on a philosophy doctorate.
Email Post
Labels: free music free music monday how to dress well