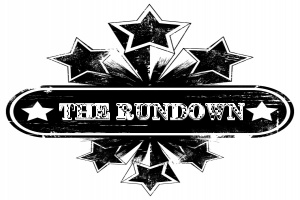 This edition of the Review Rundown features reviews from Xiu Xiu, Useless ID, the Used, Halestorm, and Fall From Grace. 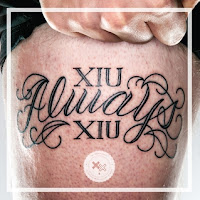 File Under: Irreverent Dissonance (Huh?)
Xiu Xiu – Always (Polyvinyl/Bella Union): Xiu Xiu frontman and brainchild Jaime Stewart sets the manic depressive rollercoaster into motion right from the get-go on the bands eighth studio album Always, an album that should effectively entertain as many people as it enrages, most notably with the incredibly controversial track “I Luv Abortion,” which boasts the lyric set ‘When I look at my thighs I see death/It's great!/I love abortion/You were too good for this world!’ While that should be enough in its own right to send people running for pen and paper to craft a strongly worded letter to their congressmen as well as the bands label, it nearly pales in comparison to the piano-ballad “The Oldness,” which sees Stewart uttering the lines ‘Satans cock/Hell is hot.’ Suffice to say, Always is a hell of a ride. “Joey’s Song” heavily features the vocal attributes of drummer Angela Seo, a cut that should endear itself to many a fan instantly since it’s about as close to a traditional song as Xiu Xiu gets, but fret not as the proceedings get the usual electro-pop drenching on tracks like “Factory Girl” and “Honey Suckle.” Things trend back towards the macabre on “Gul Mudin,” a reference to the American soldiers in Afghanistan who murdered and mutilated civilians, posed with the corpses and kept body parts as trophies. The track title is also the name of the 15-year-old boy killed by two of the soldiers. Honestly, if you’re a fan of what Stewart is doing in Xiu Xiu, then none of Always should shock you. To everyone else, tread lightly and at your own risk because Always isn’t for the faint of heart, to say the least. (www.xiuxiu.org)
Grade: C+
Go Download: “Factory Girl” 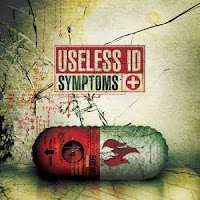 File Under: Punk
Useless ID – Symptoms (Fat Wreck Chords): Symptoms represents a changing of the guard for Useless ID – not only does it find the band moving to a new home in Fat Wreck Chords, which makes complete and utter sense for anyone who is familiar with either side, it also finds the band returning to the punk scene with their first album in nearly four years, which also happens to be produced by Descendants drummer Bill Stevenson. Symptoms opens like a house of fire with gruff pop-punk aplomb on the opening one-two punch of “Live Or Die” and “Before It Kills,” though seemingly the fun and games don’t last all that long as you progress inward, but uber-melodic tune “Normal With You” is a quality break from the action. Throughout, Symptoms tends to come off as stale and repetitive, and though it’s not exactly groundbreaking for a punk band to have songs that sound the same, Useless ID could really have at least tried to switch things up here and there. For the most part the song structures across the board and safe and familiar, though it doesn’t exactly deem this album a tire fire or anything close. Actually, keen, and determined, listeners will realize that upon multiple spins Symptoms begins to blossom, conjuring up visions of punk forefathers like No Use For a Name and, obviously, the Descendants, with each passing guitar swirl. To be honest, and blunt really, if you dug the bands 2008 release the Lost Broken Bones, then you’ll definitely want to get your hands on a copy of this release, and if you didn’t, you’re time is better suited doing else. Sure, Symptoms isn’t reinventing the wheel so to speak, but in all reality, what punk band is these days? (http://www.facebook.com/pages/Useless-ID/40123148903)
Grade: B-
Go Download: “Before It Kills” 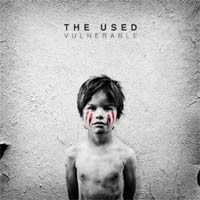 File Under:The Used Being the Used
The Used – Vulnerable (Hopeless/Anger): As the old saying goes, if you want to do something right, do it yourself. Such is the case of the Used, once major label darlings (*cough* Warner Bros. *cough*), who are now setting out on their own, creating their very own Anger Music Group, and dropping the labels first release, the bands fifth studio album, Vulnerable. What’s most notable about the album is its maturity, which lends itself more to the bands 2004 release In Love and Death than anything they’ve put on store shelves the past eight years, though Vulnerable isn’t as tightly run a ship as that previous statement might entail. Vulnerable gets ahead of itself at times, becoming a bit too heady now and then, so heady in fact that confusing would be an apt adjective to describe the record at points, but the Used deserve a fair amount of credit because through it all they manage to remain balanced, countering most every theatrically based tangent circa exclamation point-era Panic at the Disco Vulnerable wanders on with piss-fueled diatribes driven by the fusion of frontman Bert McCracken’s strung out delivery and swirling stomping riffs (“Put Me Out,” “Now That You’re Dead”). On the flip side, and a lighter note, literally, Vulnerable offers no shortage of diamonds in the rough, tracks dripping with potential (“Shine,” “Give Me Love”), which give the album a broader, more commercial appeal at times, something the boys have been quite adept at over the years. Though it’s an arguable point whether or not Vulnerable is the bands best album to date, it’s probably not worth arguing that they have never sounded better. (www.theused.net)
Grade: B+
Go Download: “Now That You’re Dead” 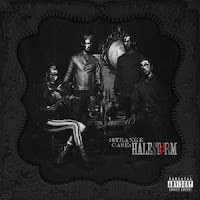 File Under: Esotrogen Meets Testosterone Rock
Halestorm – The Strange Case Of… (Atlantic): At first glance, Halestorm and their not so atypical modern melodic rock approach could easily be lumped in with many, many other bands of their ilk, a list that could include Shinedown among others. But this band has something going for them other bands do not, namely frontwoman Lzzy Hale and her powerful, grit-laced vocal delivery, which makes Halestorm, and subsequently their latest full length The Strange Case Of…, the envy of many bands who share the stage with them. Hale’s commanding dynamic leads to some standout moments which touch both ends of the spectrum, from snarling, fire-spitting aggression (“Love Bites (So Do I)”) to exuding genuine emotionality (“In Your Room”). There’s no doubt about the fact that The Strange Case Of… is worth a listen and more importantly worth a spot in your collection, just make sure to temper your hopes because there’s a good chance you’ve some of this before. (www.halestormrocks.com)
Grade: B
Go Download: “Freak Like Me” 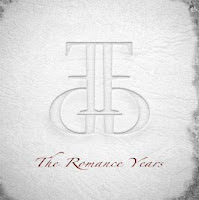 File Under: Rock
Fall From Grace - The Romance Years (Road 2 Hell Rekkids): There’s a certain gritty element to Fall From Grace’s sophomore release the Romance Years, a punk-leaning sound that does its job in helping to separate the band from the rest of the pack. It’s an album driven by hooks, unashamedly so, one that doesn’t waste time showcasing the bands penchant for melody (“Your Majesty,” “18 & Out”), though the album really shines when FFG allows the frets burn as the guitars kick things into high gear (“Heart Attack Road,” “A Train Leaves London”). Yet, for as unabashed and full on a rock record that The Romance Years can be at times, it offers other appealing elements when the band pumps the brakes to level out the pace (“Fade 2 Gray,” “The Romance Years”), though, honestly, the album is better suited for those times when its steamrolling ahead like a freight train. Frontman Tryg Littlefield does a nice job captaining the Romance Years when the intensity is tempered as he passionate emotes when given the chance (he does have a killer voice – that’s pretty clear) - though for the most part, FFG’s balladering spends more time aping the sounds of everything else on mainstream rock radio today than blazing a new path for themselves. The Romance Years has its peaks and valleys for sure, but the important thing is, it does offer up something worth checking out. (www.fallfromgrace.us)
Grade: C+
Go Download: “Heart Attack Road”