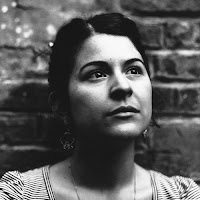 Gift for the End is the sophomore offering from California's Mariee Sioux. Recorded in the summer of 2011 at Placerville's Moonsoon Studios and Nevada City's Sun Dial studios, the new song-cycle breathes as easily and resonates as warmly as 2007's Faces in the Rocks but brims with audible shifts in ambience and perspective. Impressionistic narratives are underscored by thatchwork guitar patterns that showcase Mariee's voice, an unadorned, naked instrument that rings clear and high above airy atmospherics and mellow percussion. Gift for the End is dream logic at play: a fluid procession of personal and natural imagery that moves from place to place and symbol to symbol but ultimately never loses its cohesive dimensions or emotional shape.

While grounded in the earthy sounds of Mariee's fingerpicking, the album owes as much to Joanna Newsom's ambitious compositional scope as it does to the summery Americana of 1960's Laurel Canyon. Gift for the End is both an evolution from and a companion to Faces in the Rocks: a sunset album that gives the mind room to wander, wonder, and relax.

Mariee Sious will drop Gift For The End via Whale Watch/Almost Musique on April 17.