The Sword Signs to Razor and Tie 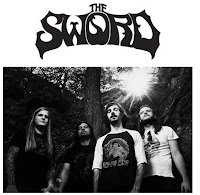 The new studio album will be supported by extensive global touring that will stretch well into 2013.

As previously announced, The Sword will be appearing at Metallica’s Orion Music and Arts Festival in Atlantic City, NJ on July 23-24, 2012.

John Franck, SVP of Marketing for Razor and Tie comments, “We’re delighted to welcome The Sword to Razor and Tie. They’re a special band and unique signing for us. We’re looking forward to making an incredible record together and continuing to grow the band’s brand on a global level.”

The Sword is the latest addition to independent label Razor and Tie’s expanding roster that includes such artists as All That Remains, For Today, P.O.D., Norma Jean, I Am War, Nonpoint, Saves the Day, Shadows Fall, Chelsea Grin, and more to be announced soon. The New York City-based label is one of the fastest growing independent record companies in the United States, and has garnered both Platinum sales and Grammy awards in its 20-year history.