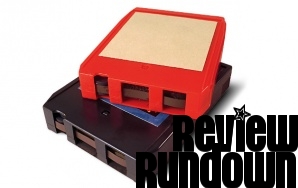 The 53th edition of the review Rundown houses some reviews of new releases from Authority Zero, Bleeding Through, Lacuna Coil, Scream Out Loud, and Hit the Lights. 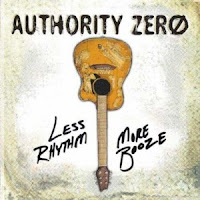 File Under: Punk Gone Dark
Authority Zero - Less Rhythm, More Booze (Suburban Noize): Authority Zero’s new acoustic offering, Less Rhythm, More Booze rings true to form on both accounts – this new slate of acoustic cuts do tone done the rhythm due to the power outage, and also ramp up the boozy factor just a bit. Opening with a new song in “Liberateducation,” which features an enjoyable reggae/ska lean, Less Rhythm, More Booze  is effectively off and running, and even though it is acoustic through and through, there really isn’t much downtime here. “Break the Mold” and “Big Bad World” are highlights, though it’s the closing “One More Season,” a mash-up of two tracks from the bands 2002 release A Passage in Time, “Over Seasons” and the excellent “One More Minute” that steals the show. Frontman Jason DeVore sounds just as good as good as he ever has, is less energetic for obvious reasons, though it’s clear he is comfortable in an acoustic setting. Less Rhythm, More Booze will please all existing fans of Authority Zero and should be able to attract some new followers as well. (www.authorityzero.com)
Grade: B
Go Download: “No Regrets” 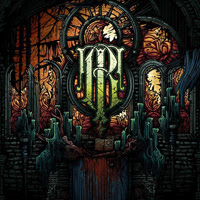 File Under: Metal
Bleeding Through – The Great Fire (Rise): The Great Fire is a force, a menacing, destructive beast of a record not even fit to be reckoned with because you do not want to fuck with it. This record is just that, a great fire, a fire breathing, yet balanced collection of tracks that doesn’t sacrifice riffs for hooks or breakdowns for melody, with just the right amount of electronic sweeps smattered about from metals best electronic merchant Marta Peterson. Bleeding through are one of very few bands that utilize their electronic component exceedingly well, using those flourishes to create moods and sonic landscapes, from doom and gloom (“The Walking Dead”) to horror and suspense (“Starving Vultures”). But that’s not to discount the bands ability to absolutely annihilate eardrums at a frightening pace (“The Devil and Self Doubt,” “Final Hours,” “Step Back in Line”), firing off wall of death caliber full gallops brimming with blistering, razor sharp riffs, machine like blast beats and through shreds galore from Brandon Schieppati, who by the way, might sound better than he ever has before. The Great Fire ranks among Bleeding Through’s best work (yes, even counting the breathtaking This is Love, This is Murderous), and is further proof that just because this band was the product of the early days of metalcore (gasp!), doesn’t mean they can’t make the jump to modern metal (looking squarely in the direction of Remembering Never). (www.bleedingthrough.com)
Grade: A-
Go Download: “Final Hours” 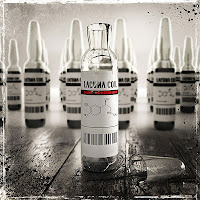 File Under: Goth Metal
Lacuna Coil – Dark Adrenaline (Century Media): Since exploding onto the scene with their powerful, groundbreaking sound way back when in 1999, Lacuna Coil has seen their goth metal scene reach new heights as this trendy sound has become more and more in vogue, so in essence Lacuna Coil was goth metal before goth metal was cool, and judging by their latest, Dark Adrenaline, it’s clear this band isn’t about to take a backseat to anyone, and seem primed to regain the throne. As the opening “Trip the Darkness” cascades through your speakers, you’ll hear a band sounding invigorated and as focused as ever, as evidenced by the unbelievable vocal interplay between singer Cristina Scabbia and Andrea Ferro, which, when forces combined, craft some of the most soaring and bombastic hooks you’ll ever hear. Dark Adrenaline plays host to more than a number of brooding, emotional cuts, potential sleeper hits dressed all in black (“The Army Inside,” “I Can’t Wait for Tomorrow”), and that’s not even to mention the touched up version of R.E.M.’s seminal hits “Losing My Religion” featured in the latter stages of the record. Yes, there’s a reason many bands were quick to cop Lacuna Coil’s sound – Dark Adrenaline is why, because when this band is on, they’re very, very good, and there are not many who can hang with them stylistically. (www.lacunacoil.it)
Grade: A-
Go Download: “Trip the Darkness” 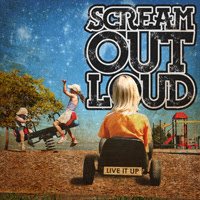 File Under: Screamo
Scream Out Loud – Live It Up (Indianola): On the surface, Live It Up, the debut from fresh-faced newcomers Scream Out Loud, might sound like a lot of other records you’ve probably heard, but if you’re to look closely, you’ll quickly find out there’s loads of talent here, enough to think this band could make some noise in the future, something you’ll quickly find out as you lend your ears to the dynamic opening salvo “The Fear of Letting Go,” which kicks Live It Up into high gear early, effectively setting the table for the rest of the album with an enjoyable collaboration of swirling, driving guitars, undeniably infectious hooks, ambidextrous vocals that seamlessly transition from light to dark in a moments notice. “Danger” is a good example of the bands ability to bridge soaring melodies and punishing breakdowns that see the bottom drop out, which is swell and all, but it’s the seemingly out of place, Emery-esque “It’s Funny They Can’t See Us From Here” that steals the show as an uber-melodic single in waiting that proves this band is more than a mere carbon copy of a dozen other CD’s on your iTunes playlist. Live It Up isn’t perfect, but no one is asking it to be. (www.facebook.com/screamoutloudfl)
Grade: B
Go Download: “The Fear of Letting Go” 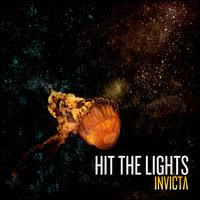 File Under: Pop-Punk Minus the Punk
Hit the Lights – Invicta (Razor and Tie): It’s nice to see that Hit the Lights didn’t waste the four years of downtime between 2008’s Skip School, Start Fights and Invicta. They clearly spent the time regrouping and gaining a deadly focus, because Invicta is just that - the bands most focused and inspired release to date. Sure, all of the bands hallmarks are present – shout-a-long moments of gang vocal euphoria, crunchy guitars and arena ready hooks, but Invicta sees the band trending closer to pop-rock, or emo-lite if you will. The album ebbs and flows through electronica-splashed alternative (“So Guilty”), curious, yet monumental balladeering (“Oh My God”) and explorative pop (“Faster Now”), though the record isn’t without its familial sounds, which you should be able to easily pick out of a lineup (“Take Control”). Everything seems bigger across the board on Invicta, an album that finds the bands fire and passion renewed like never before, which probably saved their lives since the band were teetering on the brink of pop-punk anonymity for a while there. There’s a good chance that in a few years time we’ll look back and be able to pinpoint exactly when Hit the Lights broke through into the mainstream – that time seemingly is now, and that breakthrough could very well be Invicta. Perhaps, just perhaps, there is life after pop-punk, and Hit the Lights is proving that in spades. (www.facebook.com/hitthelightsmusic)
Grade: B+
Go Download: “Get To You”
Email Post
Labels: Authority Zero Bleeding Through cd reviews Hit the Lights Lacuna Coil review rundown Scream Out Loud