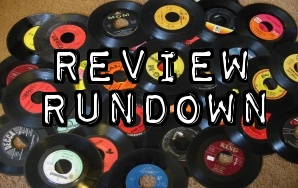 This edition of the Review Rundown sees us takes looks at new releases from Attack Attack!, Nightwish, Switchfoot, Blessthefall and the Life and Times. 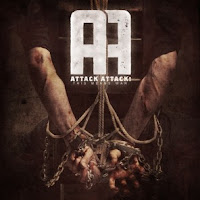 File Under: Mallcore
Attack Attack! This Means War (Rise): When Attack Attack! were holed up in the studio recording their third long player This Means War, and made the decision to focus on tenacious guitar girth rather than endless waves of boggy synth, they immediately showed signs of some much needed progress long before the record hit store shelves and iPod playlists. Gone is guitarist/clean vocalist Johnny Franck, as This Means War is the band’s first record to feature frontman Caleb Shomo (who produced the album and also handles keys) handling all vocal facets, which actually isn’t a detriment to the overall product. Another encouraging sign is to see the band moving away from ‘crabcore’ (whatever the hell that means),’ towards something closer to ‘mallcore,’ with proof of said budding growth coming in the form of shattering tunes like “the Motivation” and “the Family,” which sees such AA stalwart traits like dance-y electronics and copious auto tune going the way of the buffalo (read: not entirely), sounds replaced with a refocused take on breakdowns and windmill guitar riffing. This Means War is by no means perfect, nor is it close, but it’s definitely AA’s best record, as well as their heaviest, and is a record that shows a band many once wrote off as just another copycat are willing to adapt to the ever-changing sonic climate that surrounds them. They at least deserve a little credit for trying. (www.attackattackoh.com)
Grade: C-
Go Download: “The Reality” 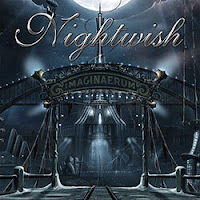 File Under: Symphonic Metal
Nightwish – Imaginaerum (Roadrunner): With Imaginaerum, Nightwish have seemingly done the impossible by creating a symphonic metal record that remains enjoyable until the last note. Coupled with the fact that the band plans on releasing a full-length movie that follows the album's themes and storyline (you’ll see the album plays magnificently as a film score/soundtrack), and Imaginaerum turns into one hell of a ride, one you’ll definitely want to take. This album, the band’s first in four years, is as ambitious as anything the band has ever set to wax, and features a potpourri of sounds comprised of layered, dense orchestrations (“Ghost River”), jazz (“Slow, Love, Slow”), quirky reinterpretations of childhood nightmares (“Scaretale”), doom metal (“Rest Calm”) and Finnish lullabies (“Taikatalvi”). Imaginaerum is the second release with vocalist Anette Olzon, who has clearly found her niche and place in the band, a level of comfort that leads to some of the albums best cuts, such as the saccharine laced, uber-melodic “I Want My Tears Back” and the fragile and delicate “Turn Loose the Mermaids.” Now, Imaginaerum isn’t perfect – keep that in mind. “Song of Myself” clocks in at an unnecessary 13-minutes, a track that speaks to Imaginaerum on the whole as the record itself runs a Guns N’ Roses like 75 minutes long. Nightwish could have easily gotten the same message across in a shorter amount of time. Still, if that’s the worst of Imaginaerum, then things aren’t all that bad. If symphonic metal with over-the-top melodies gets your goat, then Nightwish’s Imaginaerum might just be your album of the year in 2012. Suffice to say it’s a dynamic listen you’ll want to check out sooner than later. (www.nightwish.com)
Grade: B+
Go Download: “I Want My Tears Back” 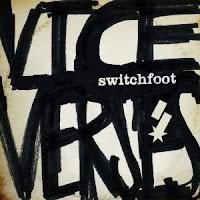 File Under: Christian Rock
Switchfoot - Vice Verses (lowercase people records/Atlantic): With each album, Switchfoot has managed to grow up a little bit more, infusing their middle-of-the-road, contemporary alt-Christian rock sounds with bits and pieces of experimentalism, and their latest, Vice Verses, is no different. As a matter of fact, the band doesn’t really waste much time in leading listeners to the water to drink of their new found sounds, as the opening duo of the memorable “Afterlife” and glitzy, melodic dance-rocker “the Original” showcase the fact that Vice Verses might just be the bands most ambitious tome yet. The sprawling track “Relentless” and the yearning acoustic title track are instances of Switchfoot being Switchfoot, doing what they do best by delivering enjoyable, and marketable, romantic ballad. And while “Souvenirs” is the albums most perfect outing, combining the best of the Switchfoot of yesteryear and today, it’s “Dark Horses” that delivers the album best verses by far. And with Vice Verses, as has been the case with any number of releases from this bands body of work, with the good comes the bad. There are moments throughout the album that should send listeners in search of the skip button, tracks that don’t fit in the grand scheme of things, most notably the unnecessary electro-tinged “Thrive” and the confusing spoken word track “Selling the News.” Maybe Switchfoot wants to keep fans guessing, or keep themselves relevant in the contemporary rock scene, regardless of their motive, Vice Verses continues to show the band is willing to change if need be, and no matter what type of change that may be, it’s at least an attempt to keep things engaging. (www.switchfoot.com)
Grade: C+
Go Download: “Souvenirs” 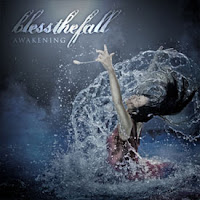 File Under: Metalcore
Blessthefall – Awakening (Fearless): Just as a reminder, Awakening is Blessthefall’s third album. Yes, the band released an album entitled Witness in 2009. That reminder will be increasingly necessary with each track listeners delve into off of Awakening because this album is good enough to make you forget every BTF release not named His Last Walk. Sure, Witness has its merits, but rest assured it’s not this. With Awakening, there is a lot to like, and even more that will remind fans of how good BTF can be. The riffing is sick, and it’s clear that the band has rediscovered their technical guitar prowess (welcome to the fold guitarist Elliott Gruenberg), and the vocal delivery and execution of frontman Beau Bokan is thoroughly focused, and his ability to transition in and out of clean singing and guttural screams is remarkable. Hell, Awakening might just be his coming out party, as it’s clearly the best vocals he’s brought to the table since taking the mic from Craig Mabbit. “Bottomfeeder” and “I’m Bad News, In the Best Way” are two of the best cuts off the record, though they aren’t the only noteworthy outings to be sure (“Promised Ones,” “Don’t Say Goodbye”). Awakening is solid when the band remains true to a mixture of all things heavy and melodic, and suffers when things stray off into a tangent and wander too far to one end, as is the case of the closing tracks “Flatline” and “Meet Me at the Gates,” with the latter track clocking in at seven minutes for one reason or another. Regardless of its shortcomings, Awakening is easily a case of the pros outweighing the cons, and is a record that put this band back on the map of scenesters everywhere. (www.facebook.com/blessthefall)
Grade: B
Go Download: “I’m Bad News, In the Best Way” 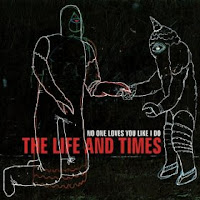 File Under: Space Age Shoegaze
The Life and Times - No One Loves You Like I Do (SlimStyle Records): No One Loves You Like I Do, the latest trip from space-rockers the Life and Times, finds the band picking up literally where they left off on 2009’s Tragic Boogie, delivering a heaping dose of ethereal rock spaceiness, complete with more post-rock shoegaze introspections laced with tingly keyboards than you can handle. Songs like the slow-burn “Day Twelve” and seemingly post-everything “Day Six” dot the I’s and cross the T’s on No One Loves You Like I Do, driving home the fact that they’re not many bands that possess the swagger and the chops of the Life and Times. The album closer, “Day Eight,” is another noteworthy track, one that simply engulfs listeners with mountainous sounds and stirring progressions. Clearly, it’s not to be missed. No One Loves You Like I Do does have its pitfalls, as even though all of this noise is cool and all, it’s ugly when it’s unfocused. One such instance is the meandering “Day Five,” which plays as a funeral dirge that doesn’t really go anywhere. Still, even though No One Loves You Like I Do lacks during its slowest moments, this is still a good record, one perhaps not many bands could pull off. (www.thelifeandtimes.com)
Grade: B
Go Download: “Day Eight”
Email Post
Labels: attack attack blessthefall cd reviews nightwish review rundown switchfoot the life and times