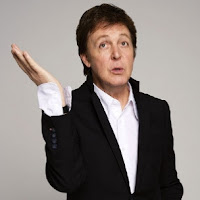 Tune in live to PaulMcCartney.com tomorrow (Thursday 19th January) at 11am (EST) to get an exclusive live behind the scenes broadcast of Paul answering questions from some of the world's media. Paul will be spending the afternoon in London talking with press from around the world to promote the release of his new album.

PaulMcCartney.com will stream 30 minutes of the afternoon at some point between 11am and 12pm est.

In addition you have the opportunity to ask a question to Paul by simply email your question to kissesonthebottom@paulmccartney.com and one question will be chosen and given to Paul to answer.

This is an amazing chance for fans to get a fly on the wall view of what happens before an album is released.

Kisses On The Bottom is released on February 6th in the UK and Feb 7th in the US.

Pre-Order Kisses On The Bottom: http://www.amazon.com/Kisses-Bottom-Paul-McCartney/dp/B006OAB3ME/?tag=concordreco0c-20