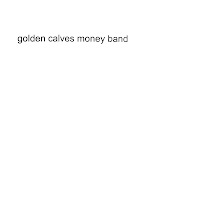 "It was really all about The Godz, Jandek, The Shadow Ring, Strapping Fieldhands, Swell Maps and Tower Recordings," James Jackson Toth said. "Beyond these, I had only heard the 'classic' and most available free jazz, krautrock and noise albums. I was a long way from, say, the second Comus album or Charles Gayle. But this music changed my life. It was a record store owner named Eric McCarthy and a man who needs no introduction to anyone reading these notes, Matt Valentine, who taught me that there was a world beyond Dischord, Vermiform and Ebullition. I went to college, met hip people, and got a job at both the local record store and the college radio station. I was taking drugs. I bought a four track and began emulating my heroes. I called the project Golden Calves. I was eighteen years old...."