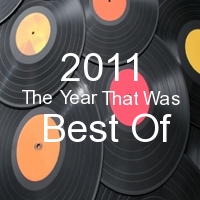 To be honest, 2011 had its fair share of quality, above average releases; a number of good releases from bands all across the musical spectrum, but in the end, if you were to sick back and look, there weren’t that many jaw-dropping, game-changing type releases, no matter what Alternative Press will tell you. Though Staind’s self titled release saw them return to a form they hadn’t quite sniffed since 1999’s Dysfunction, and even though Moving Mountains’ dropped a stunning eargasm of a debut in Waves, Thursday’s No Devolucion, the band’s mesmerizing sixth, and sadly last, studio release was the best 2011 had to offer. Go out on a high note they say, and Thursday did just that, riding off into the sunset with a masterpiece.

So, sit back, relax and enjoy, he said employing a tired cliché, and go grab yourself a cold beverage and enjoy our “2011 Year End Awards: Albums of the Year” list. Also, be sure to take the time and check out the rest of the 2011 Year End Awards, including Concert of the Year (http://www.getexposedmusic.com/2011/12/year-end-awards-best-concert-of-2011.html) and Music Videos of the Year (http://www.getexposedmusic.com/2011/12/year-end-awards-best-music-videos-of.html).

Here is my full list of Top Albums of 2011, well in no particular order aside from GEM’s Album of the Year, Thursday’s No Devolucion.

Get eXposed Music’s 2011 Album of the Year 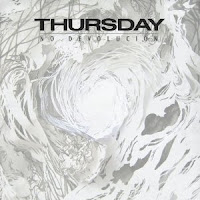 Thursday - No Devolucion (Epitaph): This record is smart, mature and adventurous; an epic showcase of what this band is truly capable of accomplishing. No Devolucion is sharp, heady atmospherics amidst a sea of muddled noises and effects that does not lack a discernable crunch, a sort of breathtaking noise that would make even the Deftones smile, one done to the absolute grandiose hilt. The label art-rock could possibly be floated in the ethers to describe No Devolucion, though the difference between this release and many of its pretentious ilk is that this sound is real and far from convoluted. There are not many other bands (few, if any) that could pull this transformation off as well as Thursday has with what is perhaps their landmark release, No Devolucion. (www.thursday.net)
Grade: A
Listen to: “Turnpike Divides” 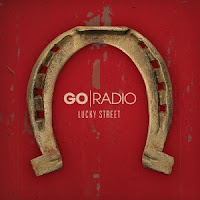 Go Radio – Lucky Street (Fearless): Go ahead Mayday Parade fans, you have license to hate. Honestly, how could you not stand to be a bit pissed after listening to Lucky Street, the debut long player from Jason Lancaster’s new plaything Go Radio? Well, that’s what could have been, but what is, is Lancaster and Go Radio have released a powerpop record to beat in 2011 with Lucky Street, and you’re stuck listening to the underwhelming Anywhere But Here. Eh, what’re you going to do, right? This record is stacked top to bottom with songs that aren’t afraid to allow the combination of crunchy guitars and Lancaster’s sturdy vocal bravado take center stage (“Kill the Beast,” “Any Other Heart”) and moments of endearment that have Go Radio waxing emotional complete with bleeding hearts on sleeve (“Forever My Father,” “House of Hallways”). As far as full length albums go, Lucky Street is as good as they come, and in terms of debuts, this is easily of the best ones to come across in a long time. (www.myspace.com/goradio)
Grade: A
Go Download: “Forever My Father” 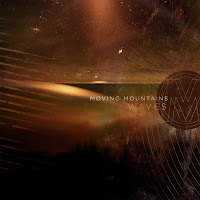 Moving Mountains – Waves (Triple Crown): Waves is the best record Thrice never wrote, a massive whale of an album whose soaring, expansive sound is without borders, one that’s nothing short of thoroughly captivating. Waves opens like an impenetrable wall with “My Life is Like a Chase Dream (And I’m Still Having Chase Dreams),” and from there on in listeners are awash in an ocean of epic guitar swells, sweeping crescendos and crashing melodies. The albums crushing emotionality is stunning (“Once Rendering,” “Parts in Different Places”), though Waves clearly shines when MovMou’s high-arching post-everything histrionics grab hold and take center stage (“Where Two Bodies Lie,” “Alleviate”). The closing “Full Circle” puts a pretty little bow on Waves, sending the tremendous work off into the ethers; much like “Red Sky” did for Thrice on their 2005 release Vheissu. When it comes to Moving Mountains and Waves, its best to not look to the past but to embrace the future, which for this band, should be pretty bright. (www.movingmountainsmusic.com)
Grade: A
Go Download: “Alleviate” 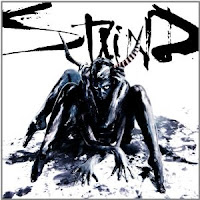 Staind – Staind (Atlantic/Roadrunner): While Staind doesn’t entirely recapture the crushingly emotionality and beautifully affected brutality of the band’s 1999 major label debut, you can still feel the emotion and passion dripping from these songs. It doesn’t take long for everyone to be thrown into the fire with opener “Eyes Wide Open,” a song brimming with churning guitars and chunky bass lines before Lewis surfaces to deliver his trademark vocals, which range from intense guttural screams to lofty melodies, vocals that have not been heard since “Spleen” rounded out Dysfunction. The albums lead single “Not Again” follows in kind, a track that showcases the band’s brand of accessible heaviness, before making it very clear they list Alice in Chains among their influences with the track “Failing,” before “Throw It All Away,” a hard-hitting ballad built for radio, hits your speakers, which is not only one of the album’s strongest moments, it might be one of the year’s best rock songs period. From there, Staind doesn’t stop delivering, with songs that show this band has plenty left in the tank and plenty left to offer in terms of heavy music (“Take a Breath”), and songs that emulate b-sides from the Dysfunction recording sessions (“Paper Wings”). (www.staind.com)
Grade: A
Listen to: “Paper Wings” 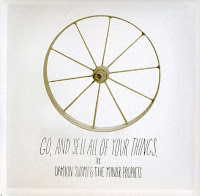 Damion Suomi & the Minor Prophets – Go, And Sell All Of Your Things (Hopeless): Go, And Sell All Of Your Things, the latest offering from Damion Suomi & the Minor Prophets is powerful without being overt, simultaneously honest and endearing, a trio of qualities that gives the album a charming luster. The record is roots too the core and through and through folk-sy, but not preachy, full of lyrical witticisms and stories interpreted through Suomi’s bouncy zeal and airy ways (“Mustard Seed,” “Holy Ghost”), but it’s not all funs and games as the album trends a bit heady and somber at times, emulating the still sullenness of Mumford & Sons (“the Teacher”). Suomi’s soulful croon penetrates time and time again, showcasing its heft via his ability to always remain earnest, a true engaging trait. There is a certain grittiness to Go, And Sell All Of Your Things that cuts through, a sound akin to that of mellow Dropkick Murphys, just not as rough and tumble or belligerent. Go, and Sell All of Your Things is a good record to be sure, but most of all it’s real. (www.damionsuomi.com)
Grade: B+
Go Download: “Mustard Seed” 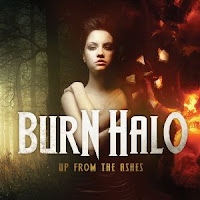 Burn Halo - Up from the Ashes (Rawkhead Records): There isn’t much you’d want to miss on Up from the Ashes, and as was previously mentioned, it’s quite the departure from the feast or famine style of songwriting the band employed the last time we saw them. Hart even takes the time to look to his past for inspiration here, borrowing a play from his one-time metalcore contemporaries in Atreyu (it’s eerie how similar the opening lead of “Alone” is to Atreyu’s “Ex’s & Oh’s), though a lot of Up From the Ashes finds Burn Halo doing what they know how to do best – write hard-hitting, guitar driven hard rock (“Tear It Down,” “Stranded”). They even find the time to fire off a ballad or two (“Threw It All Away,” “Give Me a Sign”), but Up from the Ashes doesn’t get much better than when the band cranks the badass-ery to 11 and let the amps wail (“Dakota,” “I Won’t Back Down”).  Up from the Ashes should be the album to rescue Burn Halo from the shackles of mid-card status and push them closer to headlining slots and main events. It’s one of the better pure rock albums you will hear this year. (www.facebook.com/burnhalo)
Grade: B+
Go Download: “I Won’t Back Down” 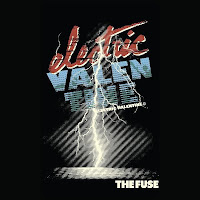 Electric Valentine – The Fuse: The Fuse is a dazzling array of endless club-bangers and thumping dance floor necessities, and there’s a good chance the next time you’re at a club you’ll be dancing along to this track, something that speaks to the Fuse as a whole. You can, and probably will, dance to each and every one of these cuts, beginning with the opening title track, which lays this duo’s cards all out on the table – tremendous, at times hypnotic, vocal interplay between members Chris Qualls and Lauren Baird, amidst a swirling storm of intoxicating beats, evocative, deep rooted rhythms and melodies so infectious you might regret listening to them in the first place. This is a running trend throughout the majority of the Fuse, though EV is quite capable and adept at switching up the game, and dabbling in experimentation, tossing in elements of progressive house (“G+F”), nu-disco (“Back on the Floor”), trance/synthpop (“Everyone You Know Is On Drugs”) and old school electronica (“Vertigo II”). Hell, the Bled’s James Munoz even stops by during the latter stages of the Fuse to deliver a pissed-off synthcore cover of Nirvana’s “Breed,” and by the time this noise hits your speakers, you’ll already be hooked. (www.facebook.com/electricvalentine)
Grade: A-
Go Download: “Everyone You Know Is On Drugs” 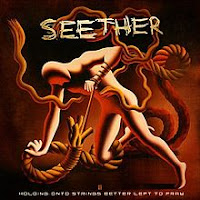 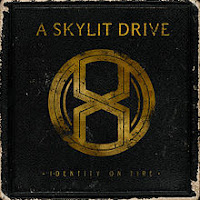 A Skylit Drive - Identity on Fire (Fearless): Identity on Fire tends to be a bit more melodic than naught overall, though that fact doesn’t make this an album to be immediately dismissed. But it does make this record the catchiest material A Skylit Drive has yet to record. It’s not all melodic pomp and circumstance however, as two of the albums latter entries (“Tempt Me, Temptation,” “Identity on Fire”), register as two of the most badass tunes ASD has committed to wax yet, and hell, the former might just be the most beastly intro of any ASD song. The rest of the album is worthy of multiple listens as well as there’s a reason frontman Michael ‘Jag’ Jagmin went on record stating that “XO Skeleton” was his favorite off Identity (check out the killer breakdown midway through), and the following tandem of “Conscience Is a Killer” and “Ex Marks the Spot” do their part to add some beefy bite to go along with ASD’s sizeable bark. And on the synth front, do your best to catch the Orgy inspired intro of “the Cali Buds.”Honestly, with the balanced sound presented forth here on “Identity on Fire,” it shouldn’t be much of a stretch to proclaim this disc as the bands crowning achievement to date. (www.facebook.com/askylitdrive)
Grade: B+
Listen to: “Tempt Me, Temptation” 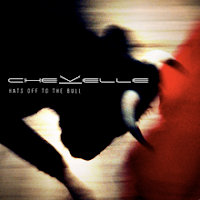