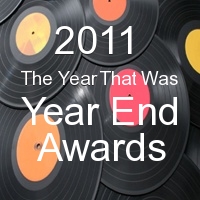 To be honest, I didn’t catch all that many overwhelmingly good shows this year. I’m guessing perhaps I just didn’t hit the right tours, maybe it’s because most tours don’t venture through the Queen City. I did see Three Days Grace a couple of times, touring with Chevelle in February and again on the Rockstar Uproar tour over the summer, but they weren’t the best concert Get eXposed Music saw this year (though if you ask me they are THE best touring act going today). We also caught Five Finger Death Punch a couple times, both pre- and post-American Capitalist, as well as Linkin Park, and Godsmack. We caught a live set from powerpop princes Every Avenue for the first time and saw Yellowcard make their triumphant return to the stage, but still, those weren’t the best 2011 offered up in a live arena. Hell, we even were able to see the Damned Things live, which, if you get the chance to, do yourself a favor and buy a ticket. They are a fantastic live act, even though Every Time I Die and Anthrax are pretty badass in their own right. 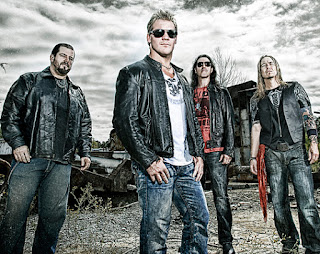 No, the best concert of 2011 had to be Fozzy (www.fozzyrock.com). Now, if you’ve never heard of Fozzy, that’s fine – there’s still time. I suggest starting with their latest, Chasing the Grail, and moving backwards. This concert, which took place June 2 in Toronto at the Tattoo Rock Parlour, had all the makings of a classic – small venue, intimate crowd, and Fozzy. Oh, did I mention that Fozzy is fronted by wrestling superstar Chris Jericho? Yeah. Speaking of Chasing the Grail, this album was well represented live as the band ripped off many a tune off this disc live, including “Under Blackened Skies,” “Martyr No More,” “God Pounds His Nails” and “Paraskavedekatriaphobia (Friday the 13th).” The band also fired off amped up renditions of “Enemy” and “To Kill a Stranger,” as well as a cover of Krokus’ “Eat the Rich.” The energy level remained high the entire night and the crowd was literally eating out of Jericho’s hand. The show just had a classic feel to it – it was an old school metal show for sure. 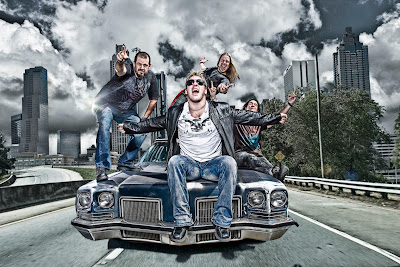 Now, it should be noted that I have been a wrestling fan since I was 4 years old when my brother and I watched Wrestlemania I with my dad, but I couldn’t help thinking to myself that maybe Jericho is better off remaining onstage and out of the ring. Yes, he had incredible in-ring skills, wears suits better than most wrestlers today (yeah Miz…really? really? really?), and possesses mic skills that modern wrestling is severely lacking, but still, he might be better off as a rock star than a wrestler. Hell, there were even times throughout the concert, as I watched him onstage, that had me thinking he might be a better rock frontman than wrestler, which might be blasphemous to say, but that’s how much I was blown away.
Email Post
Labels: best of 2011 Chris Jericho concert of the year fozzy year end awards