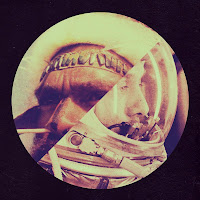 Young Magic has offered up a remix of one of their favorite Martin Denny tracks, "The Enchanted Sea."

"Night In The Ocean" b/w "Slip Time" is the next sonic move by Young Magic. The band's second 7" to drop in the world is another intimate, lushed-out affair - continuing on the tingly wide-screen journey that "You With Air" b/w "Sparkly" began earlier this year. Equal parts head-noddingly heavy and beautifully delicate, this series of music comes from a debut album that is becoming accidentally grand in scope and vision, recorded in over 10 countries around the world, and out early 2012.