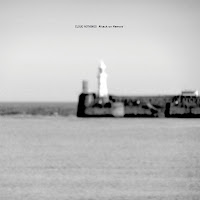 In 2009, Cleveland's Dylan Baldi began writing and recording lo-fi power-pop songs in his parents' basement, dubbing the project Cloud Nothings. His music quickly started making the Internet rounds, and fans and critics alike took note of his pithy songcraft, infectiously catchy melodies, and youthful enthusiasm. Baldi soon released a string of 7"s, a split cassette, and an EP before putting out Turning On - a compilation spanning about a year's worth of work on Carpark in 2010. January 2011 saw the release of Cloud Nothings' self-titled debut LP, which, put next to Turning On, found Baldi cleaning up his lo-fi aesthetic, pairing his tales of affinitive confusion with a more pristine aural clarity. In the interval since the release of Cloud Nothings, Baldi has toured widely and put a great deal of focus on his live show, a detail that heavily shapes the music of his follow-up album, Attack on Memory.

Cloud Nothings will release Attack on Memory via Carpark Jan. 24, 2012.