Rescuing the Massing From a Pandemic of Conscious Sedation: A Conversation with Miri Milman of System Divide 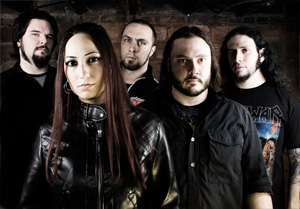 System Divide (www.myspace.com/systemdivide) has all the potential in the world to a major player in the metal scene, but as they say, potential can only get you so far. But, this band has two things going for them right now – friends in Metal Blade Records and an absolutely shattering full length in the Conscious Sedation (Haven’t heard the Conscious Sedation yet? Read our review here.) With an album as bittersweet and pummeling such as this, System Divide have the ability to go far, and constantly being compared to bands like Lacuna Coil, Straight Line Stitch and Slipknot isn’t a bad thing to list on your resume either.

One of System Divide’s many weapons is the duel vocal blitz of front-persons Sven de Caluwe and Miri Milman, the latter of which took the time to sit down with Get eXposed Music in order to dish the dirt regarding all things related to the recording of the Conscious Sedation, as well as some insight into deeper meanings regarding the album’s many layers of symbolism.

Get Exposed Music: Let’s start out with an obvious topic – your killer new disc, the Conscious Sedation. Now, that name can be taken many, many different ways. Any chance you can reveal what was behind the name of the disc? For me, it represents a view of society and the masses and the way we all choose to live our life – you know, ‘ignorance is bliss,’ but forgive me if I’m way off.
Miri Milman: I think you really got it! The Conscious Sedation is our view of our society - apathetic, self-centered, ignorant and lazy. We all choose the easy way out of everything; we don't put any efforts in helping others in need we just ignore their existence because it's easier. We are too focused in ourselves and our well, trivial lives. We are too focused in getting ahead in line and we don't even care or pay attention to those we run over in the process. As you said 'ignorance is bliss' – unfortunately that is our motto nowadays.

GE: Speaking of the disc, walk me through its recording process.
Milman: The Conscious Sedation was fully recorded at the Conquistador Studios in Cleveland Ohio by the whole band.  We started by tracking drums, all the drum parts were written at the Studio during the recordings and it took about 10 days to finish everything. During the drum sessions the guitar players and the bass player were tracking their parts. After three weeks of recording, Sven and I joined the guys and started recording vocals. During the vocal recordings we made some adjustments to the guitars and samples. We actually finished writing up the lyrics during the recordings. At the end we added all the samples and intros to the songs and sent it off to James Murphy to work his magic. The mixing process took about three months because we wanted to make sure that we're happy with the end result and we are completely satisfied with the sound of the album.

GE: Was it vastly different from the recording of your prior Collapse EP?
Milman: Yes it was very different because the Collapse EP wasn't recorded in one place but in several locations. The drums were recorded by Mike Heller in his basement in New York. The guitars, bass and samples were recorded at Conquistador in Cleveland and the vocals were recorded at some studio in Tel Aviv. All the tracks were sent off to Jacob Hansen in Denmark.

GE: Continuing with that topic, did you learn anything from the recording of your debut EP that caused you to do something different this time around? Practice does make perfect they say.
Milman: You always learn and gain something from every experience. We learned that it's very important that the whole band is together during the recordings. Your band mates can give you tips about certain ideas and perhaps make you see things in a different perspective. In most of the cases a team effort is always motivating and less complicated. 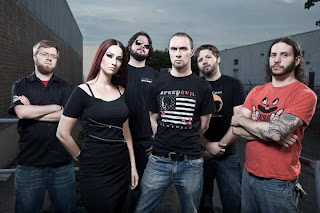 GE: For the Conscious Sedation you brought back in Cole [Martinez] to produce, yet you made the decision to switch midway to James Murphy (who has a pretty stellar resume). Any particular reason or was the double duty for Cole getting too heavy?
Milman: Cole didn't produce the album nor was he meant to mix it. We all produced the album together with James Murphy. We just recorded the album at his studio in Cleveland and it was a team effort. We all wrote, tracked and produced. The album was sent to James Murphy for mix as we really love and appreciate his works both as a musician and a producer.

GE: Hopefully not reading too much into simple words on paper, but the song titles seem to represent a central theme? Am I close here, or just way out in left field with too much time on my hands?
Milman: No you are quite right. All the songs were written around the concept of the Conscious Sedation. Every song discusses a different aspect of the theme and every song tells a story. For example, “Purity in Imperfection” talks about how people are so focused in having a perfect life that they forget to be human and live.

GE: Do you think that the bands core sonic aesthetic is like ‘one hand washing the other,’ where the melodic elements compliment the extreme stuff? Or are there times where you might be in the studio and thinking to yourself that you are doing one more than the other? Though, on the Conscious Sedation it seems you guys found a pretty solid formula.
Milman: I think we did find that formula that compliments the music, working together and allowing each other to have enough space to express ourselves without weighing heavily upon the listener. We try to combine our origins with one another and make it sounds natural.

GE: Anything else you care to add?
Milman: We want to spread our music as much as possible and gain a lot of experience together on stage. Those who want to stay up to date on our activities can simply look us up at www.systemdivide.com or look us up on Facebook/Twitter and add us.