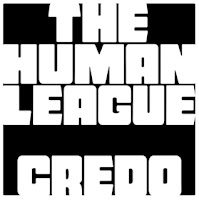 Before post-punk had sung its last discordant note, one band from Sheffield, England was hard at work on an album that in its very essence was the antithesis of darkness and the accompanying prophecy of doom and gloom. Enter The Human League. A group David Bowie would call “the sound of the future.” Their incomparable triple-platinum album, Dare (1981), signaled not only the death knell of the post-punk era, but the birth of what would be termed new pop. It was the sound of technology; synthesizers mixed with a DIY spirit and - given the state of musical affairs - a revolutionary drive to reinvigorate radio, infiltrate the charts, and make danceable, accessible music for the masses. Now, in 2011, after nine studio albums, four EP’s, twenty-nine singles — including a slew of top 10 hits, a #1 single, and over twenty-million records sold worldwide — and a bit of a romp through the wilderness, the Human League have released their long awaited tenth studio album. It’s loud, brash, chic, and danceable. It has the potential to revitalize pop as we know it. It is their Credo.

Credo shimmers and shines with the best, but it is far from pretty and vacant. Then again, consider the source. The Human League may make pop music, but it’s pop music with roots in the sophistication of genius work by Roxy Music and David Bowie. It is earnest, sincere, and without a hint of irony and this is refreshing. It’s no wonder pop titans including Lady Gaga, Madonna, Moby, Pet Shop Boys, and Robbie Williams cite The Human League as inspiration and influence. One of the album’s lead singles, “Night People,” is a glorious ode to those who live their lives after hours, beyond the reach of day, in the throes of the perpetual party. With its build up of staunchly arpeggiated bass and the delayed entry of Joanne Catherall’s lead vocal, it is as brilliant as anything The Human League have ever done. The rest of Credo is, plain and simple, hot like fire. If you’ve been waiting for a pop album to change the game, wait no longer. If you’ve been raised on pop music, but are a bit too young to remember the exploits of the Steel City’s pop giants, prepare to be enchanted.
Email Post
Labels: free music the human league