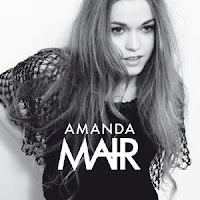 Only 15 year old from an island outside Stockholm Amanda Mair didn't have any official record as an artist when Labrador discovered her by pure luck in 2010. She had no Bandcamp or MySpace page, hadn't made any live shows or sent any demos to labels or press.

Too young for her own live shows:

Amanda Mair has only done four live shows so far, two of them have been broadcaste on national TV in Sweden. Every time she’s played she’s been forced to bring her parents to the shows – otherwise she wouldn’t have been allowed to play. "It’s rather stupid. I’m looking forward to turning 18 so I can make live shows without my mother and father," Amanda states.
Email Post
Labels: amanda mair free music friday