Carrying the Underground Flag, and Doing It Well: A Conversation with Phoenix’s Signs of Betrayal 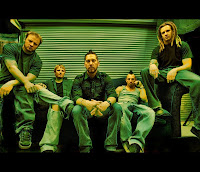 Carrying the Underground Flag, and Doing It Well: A Conversation with Phoenix’s Signs of Betrayal

It’s no small secret that I have long been a fan of Phoenix’s Signs of Betrayal, and have often considered them one of the nation’s top unsigned acts since I first stumbled upon them back in 2006. With a number of immaculate rock records under their belt, including the band’s most recent full length, 2007’s incredible Distortia, and their latest release, the stunning and polarizing Symbols EP, SOB have long been primed to become a coast-to-coast breakout act, and after recently appearing on MTV’s Headbanger’s Ball (with the video for “Catatonic”) and inking a distro deal with Universal Music, it seems that for this band, there is no time like the present.

The band is back at though, releasing a series of singles, beginning with “the Departure,” which is available at CD Baby and iTunes now.

In order to continue my near fanboy ways, I was able to sit down with the boys in Signs of Betrayal in order to get the insider info on pretty much everything related to Symbols as well as what’s it’s like to be as good as they are, but not truly be on a major label as of yet.

Get eXposed Music: I have long carried the flag for your band, and have been doing what I can to let the industry know about Signs of Betrayal for around four years now. Do you guys ever sit around and wonder why it is that you’re not signed yet? I mean, you guys are for real and have major league ability, and it has shocked me that a major hasn’t been interested. I know that shouldn’t ultimately matter, but still.
Signs of Betrayal: I would say we spend more time trying to figure out how we’re going to get the labels attention. From where we’re sitting it looks like the labels aren’t signing bands like they used to. Those multiple album deals of the past are gone. With the online music retailers and home studios, a lot of bands have been able to put their stuff out into the world without the help of a major label. Of course a major label helps promote and market at a much larger scale and that’s one of the biggest benefits of being on a label. Right now with the market being flooded with all kinds of bands we might just look like another needle in a stack of needles.

GE: What’s the music scene like in Arizona? Is it hard to get noticed out there?
SOB: There are some really talented bands in Arizona. Everyone has something different to offer. There are a lot of good friends and fans to be made out here. Being from Phoenix, the 5th largest city in the U.S., there is quite a bit of competition, but also quite a few fans to win over. 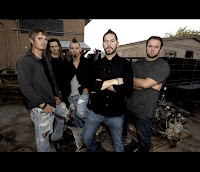 GE: Tell me about Symbols. I know, or at least think, that you guys are big on imagery and meaning and such, so I’m assuming there’s meaning behind that album title.
SOB: Wow. That’s a tough one. We recorded three full length albums in three years and then spent the greater part of the next two years chasing down leads, writing new stuff, scrapping new stuff, disagreeing with each other, and wondering what the ‘F’ was going on. We went from a 6-piece to a 5-piece losing our keyboard player/programmer which changed our sound and who we were even more. The collection of songs on Symbols came after a long road of finding ourselves again under a new light. The songs represent many of the experiences we went through since recording Distortia in 2007. You could loosely say that each song is a ‘symbol’ of something we were going through at the time.

GE: Is there any type of central, running theme to the EP?
SOB: The EP represents confronting the struggles we’re faced with in everyday life and moving forward and making progress.

GE: Why an EP and not a full length this time around?
SOB: We really wanted to work with our friend Greg Norris on this project. Everything was on our side when it came to putting Symbols together, except for time. The songs were there, the vibe was there. We wanted to capture all of what we had and get it out there. It had been over two and a half years since our last release and we were really ‘jonesing’ to put it out.

GE: What influenced Symbols – in terms of lyrics, songwriting, etc?
SOB: As far as the song writing goes, we just really tried to raise the bar a bit for us and approach things with open minds.  We knew that we needed to re-invent ourselves and do something different from the last recordings.  Lyrically, I think Dave [Williams] wanted to continue writing about topics that everyone can identify with but tried to stay away from the cliché relationship stuff.

GE: Walk me through the recording process of this disc.
SOB: We started everything off with a bunch of riffs or ideas that we had come up with as a band.  When the time came for the pre-production, we sat down with Greg (producer and engineer on the project) and went over all of the ideas and choose the ideas that everybody felt were the strongest.  For the next month or two we spent hours working on the ideas turning them into songs.  Riffs get changed around, some parts were rewritten. Once the songs were solidified we began the tracking. Drums were recorded first. Typically bass is tracked right after the drums but we recorded some of the guitars first this time, mainly the rhythm stuff.  After bass, the guitar leads were recorded and on to the vocals.  We had roughly everything tracked in a month and about two weeks were spent on mixing with mastering to follow.  Overall, it was a great recording experience.

GE: Your songwriting is always top notch and your music always comes across perfectly executed on wax. Is this something you attribute to band chemistry, or production value, or what? Or is it just you guys pay better attention in the studio and have a pretty good eye for detail? 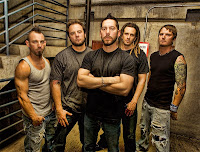 SOB: Band chemistry may have something to do with it but the production value helps.  We just try and write songs that WE enjoy.  Spending more time while writing the songs usually leads to better results.  If the song is sick before it is recorded, imagine what it will sound like once on disc.

GE: Speaking of a keen eye for detail, do you spend more time perfecting one part of the song over the other? I mean, it’s just that your hooks are so massive, so appealing. Do you spend more time on them or does it just turn out that way?
SOB: No, I wouldn’t say that we ever single out a certain part but it really just depends.  If we are working on a song and a certain part seems to be lacking something, we will definitely focus on making that part the best it can be.

GE: Anything else you would care to add for the readers?
SOB: Thanks to you and to everyone who has supported us thus far.  Stay tuned, we have lots of exciting stuff planned!