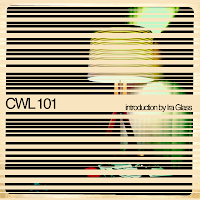 Cassettes Won't Listen is offering a free mixtape, 101, featuring his recent remixes of Gold Panda, The Death Set feat. Diplo, and Houses along with previous singles and upcoming material from his forthcoming record, EVINSPACEY. Making mixtape history, Ira Glass (This American Life's creator and host), lends his distinctive voice to introduce Cassettes Won't Listen's musical beginnings. CWL is no stranger to the public radio crowd, having been interviewed by Faith Salie on Fair Game, music featured on various NPR programs and an original theme song recently recorded for This American Life. CWL will also be performing with his hip-hop side project, The Freeze Tag, on an upcoming airing of WNYC's Soundcheck.

The title, 101, references both the introduction to CWL's body of work, as well as the famous Hollywood Freeway that runs through Los Angeles, his newly adopted hometown. The music reaches back to 2008's Small-Time Machine, 2009's Into The Hillside, and finally the upcoming record, EVINSPACEY (the "K" was dropped after receiving a cease and desist from Kevin Spacey's legal team).