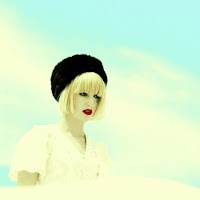 Mute is super excited to announce that Beth Jeans Houghton has signed to the label and will release her debut album this Fall.

As a preview to the upcoming album, the brand new track "Dodecahedron" is available as a free download.

Having released just one EP (Hot Toast) and one single ("Golden/Night Swimmer"), Houghton attracted major mainstream media attention in the UK in 2009 only to promptly disappear shortly after.

There was also the small matter of recording her debut album, a process Beth wanted to do on her own terms at her own speed. Recorded with producer Ben Hillier (Blur, Elbow, Depeche Mode, Doves).