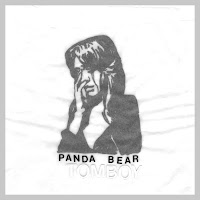 Both as a member of Animal Collective and as the solo artist, Panda Bear, Noah Lennox spent the aughts helping redefine the aesthetics and methodology of experimental and independent music. With work ranging from splayed but lyrical noise, florid acoustic arrangements, and guitar-centric psychedelia, he and his bandmates have covered a vast musical territory that blurs the line between pop and experimentalism.
FULL ALBUM STREAM:
http://n.pr/ezhLe9
GUEST DJ SET: All Songs Considered -
http://n.pr/gFCvRJ
MP3: "Surfer's Hymn" (Actress Primitive Pattern Remix) -
http://soundcloud.com/kompakt/panda-bear-surfers-hymn-actress-remix


But while Panda Bear and Animal Collective have garnered acclaim with each successive sonic venture, their music really started to take hold when they began working with electronics. In 2007, Lennox released the milestone Person Pitch, a mélange of loopy samples, ethereal textures, and dubby echoes all bound together by his soulful tenor. Hailed by many as an instant classic, the album's influence was almost immediately recognizable. He continued work with Animal Collective, releasing another landmark album Merriweather Post Pavilion in 2009.

While the interval since Person Pitch has seen plenty of work from the Animal Collective camp, Panda Bear activity has been rare. He has toured sparingly, done intermittent remix work, and appeared on a few peers' releases while rumors circulated about his next full-length, Tomboy. The second half of 2010 saw the record's first offerings: a string of 7"s containing tracks from the album, each released on a different label. With one more due before the album's release on April 12th, the singles have revealed Tomboy's palette while helping Lennox gauge his progress and focus on individual songs.

Recorded at his studio in Lisbon, Tomboy sees Lennox stepping away from the sample-based parameters of his previous record and incorporating more guitar and synthesizer. Still prevalent, though, is the interest in texture that made Person Pitch such a dense record; crashing waves and cheering crowds bounce against the gurgling arpeggios and give the tracks an immense sense of space. Soaked in reverb and punctuated with inflections of delay, the album's drums reveal a dub influence which gives them a visceral punch that lingers after each hit. Lennox's lofty, self-harmonizing vocals smooth out the songs, and Sonic Boom's mixing gives the work a large dynamic range. With Tomboy, Lennox has created a more plaintive atmosphere, but in accordance with the conflicting image of its title, the highs of the album balance out its lows. The record, massive in its span of emotion, genre, and sound, is the welcome return of one of the most prolific and consistent audio pioneers in recent memory.