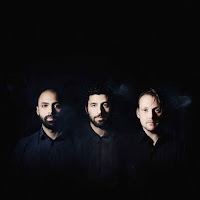 Junip's Daytrotter Session is out today! Visit Daytrotter.com to listen and download live recordings of "At the Doors," "It's Alright", and "Without You" from the band's latest album, Fields.


In support of the tour and In Every Direction EP, Junip is making the Dale Earnhardt Jr. Jr. remix available to fans as a free download. Released on Februrary 22nd and including the Dale Earnhardt Jr. Jr. remix, the EP also features a remix by White Sea (Morgan Kibby of M83) plus three unreleased B-sides. In addition, the video for "In Every Direction", directed by Junip drummer Elias Araya is out now.