Reviewed! Red - Until We Have Faces 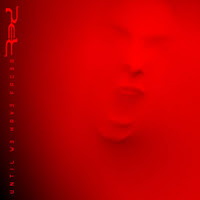 Though Red’s latest release, Until We Have Faces, ultimately stands in the shadow cast by its two predecessors, End of Silence and Innocence and Instinct, it is no means a record to be passed over. That being said, the bands third long player isn’t advantageous for the Nashville product as it fails to offer anything new in terms of sound and structure, housing more of the same marketable hard rock that had everyone flocking to them in the first place. While that could be seen as a very good thing (from a financial standpoint) on one hand, on the other it is a hindrance for Red (and their fans), a band that really had a chance to use Until We Have Faces as a stepping stone to rock superstardom, and break the mold their modern nu-metal contemporaries (Breaking Benjamin, Evans Blue) have as-of-yet failed to do.

Some of the shortcomings of Until We Have Faces could be blamed on laziness on the bands part essentially, as its clear they were content with resting on their laurels this time around. And that is upsetting given the wealth of potential the band portrayed on their previous two releases. One unwavering bright spot to be found here is vocalist Michael Barnes, who does his best in delivering a memorable performance throughout, often sounding like a mix of Breaking Benjamin’s Ben Burnley, Three Day Grace’s Adam Gontier and ex-Evans Blue/current Parabelle frontman Kevin Matisyn.

Some of Until We Have Faces sounds as if Red was able to take what they know in the modern rock lexicon and tweak some things in order to build upon them ("Feed the Machine," "Faceless," "Lie to Me"), though Until We Have Faces isn’t without its moments that sound ultimately rehashed and regurgitated ("Not Alone," "Buried Beneath," "Best Is Yet to Come"). Though most of the ballads featured here are generic in nature and pretty much fall short of leaving an impression, there is one, the piano and strings driven "Hymn for the Missing," that offers so much obvious despair and vulnerability that it’s hard to miss, and as the closing salvo of Until We Have Faces, it makes the rest of the album worth wading through.

Until We Have Faces may be mired in mediocrity for the most part, but there are a handful of tunes here that demand to be heard. It will however, be interesting to see where the band goes from here.