Reviewed! Radiohead - The King of Limbs 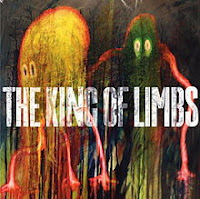 Radiohead
The King of Limbs
http://www.radiohead.com/

Released a day before it was officially supposed to street, Radiohead and brainchild Thom Yorke have found another way to essentially dupe the masses with their latest, and eighth, studio long player, the King of Limbs. Perhaps Radiohead is just having fun with their followers with the way they have gone about releasing recent records (see the ‘pay what you want’ release of 2007’s In Rainbows), or perhaps Yorke and his band of merry men are just bored, but either way, Radiohead seems to have again pushed the envelope when it comes to the art of releasing albums.

The King of Limbs is a challenging listen initially, and in terms of sound, it aligns itself closer to In Rainbows than any other of the bands prior releases, and as a note to you old school Radiohead revivalists looking for something in the vein of the Bends or OK Computer, you’re going to have to wait, at least for now. It’s understandable that Radiohead fans will want to dive into the King of Limbs head first looking to devour the bands first new material in three years, it should be stated that one need be patient with this record. This isn’t anything close to easy-listening.

“Bloom” begins the affair, immediately bringing to the forefront the albums penchant for mounting layers of sound through building pulses and throbs, a characteristic of the King of Limbs that lingers throughout most every track. The album tends to err on the mysteriously dreary and opaque side of things (“Morning Mr. Magpie,” “Codex”), but if you pay close enough attention, there are a pop moment or two to be had (“Little By Little”). The King of Limbs may not be better than the amped up, synthesized single “Lotus Flower,” but the jangly; minimalist “Give Up the Ghost” comes close. Either way, both tracks are not to be missed.

It is, perhaps, Radiohead’s steadfast commitment to the constant exploration of the sonic realm that makes them so overwhelmingly appealing, and the King of Limbs is just the next example of the bands dedication on that front. This is a record that requires further listens, and it is upon those multiple spins that a deeper appreciation for the work itself can be had and, not unlike an onion, there is more and more to be revealed as each and every layer is pulled back. The King of Limbs is like high school – the more work you put into it, the more you will ultimately get out of it.