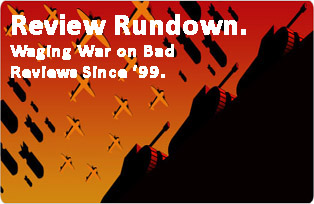 File Under: Post-Hardcore
GlassJAw – Our Color Green: Even though Our Color Green is GlassJAw’s first new offering to the music world since 2005’s El Mark, the much revered band shows next to no signs of rust with this collection of five new tracks, delivering as much spastic, frenetic energy and controlled chaos as they ever have, effectively reintroducing themselves to the world (as if they needed to). Vocalist Daryl Palumbo is back in top form, spitting barbs when necessary, essentially driving the vehicle that is Our Color Green as if it were a manual transmission, shifting gears non-stop in an effort to keep pace with the destruction and bedlam consistently occurring behind him. If you’re one of the unlucky few who only recognize Palumbo by reading his name in the liner notes of Head Automatica albums, you’re in for a treat, but rest assured this isn’t Head Automatica, or anything close (thankfully). Flip the script over to ‘Stars’ for a picture-perfect display of what Palumbo and GlassJAw and capable of. Our Color Green is brilliance from start to finish, from the familiar chords and sonic excess of opener ‘All Good Junkies Go to Heaven,’ to the classic GlassJAw pomp and circumstance of the EP closing ‘You Think You’re (John Fucking Lennon).’ This is a reminder of all the reasons why we all used to love GlassJAw (and if you didn’t, it’s your loss), and serves as concrete attestation that the band is back, sounding as good as they ever have. (http://www.glassjaw.com/)
Grade: A
Go Download: ‘You Think You’re (John Fucking Lennon)’

File Under: All-Star Blues Rock
Ronnie Wood - I Feel Like Playing (Eagle): Ronnie Wood isn’t very good at singing for the most part, though he still is one hell of a guitarist, as recently evidenced by his latest long player, I Feel Like Playing. Luckily for Wood though, he is who he is, and has the ever-reaching ability to assemble a literal who's-who of musicians to aid on his new solo record, a list that includes living legends like guys like Slash, Flea and Billy Gibbons (ZZ Top), to such studio wiz’s as drummer Jim Keltner, Rick Rosas (Neil Young), Waddy Wachtel and keyboardist Ian McLagan. Having that quality of a supporting cast surely doesn’t hurt I Feel Like Playing, and, as you might expect, actually makes it sound pretty good. The presence of the cast and crew recruited for the record is felt up and down I Feel Like Playing, and perhaps most notably on tracks 'Thing About You,' 'Sweetness Is My Weakness,' and 'Spoonful,' a trio in which provides a blueprint blues rock sound as well as some sweet and tasty funk vibes. I Feel Like Playing is as good as Wood's sounded on his own yet, and even though there are a number of instances where you think the music may be a tad overproduced, there still is enough cigarette and booze-addled raspy-ness in Wood's vocal contributions to make you feel at home. (http://www.ronniewood.com/)
Grade: B-
Go Download: 'Thing About You'

File Under: Classic Power-Trio Rock
Carl Palmer - Working Live - Volume 3 (Eagle): For drum enthusiasts, Carl Palmer's latest release, Working Live - Volume 3, is an absolute must-hear, no doubt about it. If for nothing else than the albums closer 'In A Moroccan Market,' an eight-plus minute drum solo from Palmer that should cause your jaw to drop at almost every turn due to his effortless fluidity behind the kit, though non-percussionists might find Palmer's (as joined by guitarist Paul Bielatowicz and bassist Stuart Clayton) rendition of Mussorgsky's Pictures At An Exhibition a little more to their liking. As he did with Emerson, Lake and Palmer, Palmer revisits Pictures, once again executing it at an elite level, his intricate and precise drum work again taking center stage for all to see. Bielatowicz also does good work throughout Working Live - Volume 3, consistently firing off one razor-sharp six-string cut after another, though at times his superior guitar works effectively buries the low-end contributions of Clayton, but rest assured, Clayton has his time in the sun so to speak from time to time, as on 'Romeo and Juliet.' Working Live - Volume 3 finds Palmer and company sounding reenergized and refocused, but most of all, fresh and relevant. (http://www.carlpalmer.com/)
Grade: B
Go Download: 'In a Moroccan Market'

File Under: Tech-Death Metal w/Melodic Moments
System Divide – the Conscious Sedation (Metal Blade): The Conscious Sedation, the debut full length from exciting Belgium metallers System Divide, is a razor-sharp, cacophonous smattering of all things metal, effectively melding elements of extreme, death, grind and even some goth to produce a literal sonic explosion, one bursting with undeniable strength. The duel female/male vocal aesthetic is akin to that of Lacuna Coil, though vastly heavier, as vocalists Miri Milman and Sven De Caluwe combine to offset each other beautifully time and time again, yet the Conscious Sedation gives all members of the group time to shine, as the riffs from guitarists Cole Marinez (who also had a hand in production) and Michael Wilson are deadly as they slice through the noise on cuts like ‘Vagaries of Perception’ and ‘Echoes,’ and Mike Heller’s drum work is a near-perfect blend of aggression and technicality, which you’ll hear in, well, pretty much every track on the disc. The Conscious Sedation is an elite metal record, a surefire force to be reckoned with. (http://www.systemdivide.com/)
Grade: A
Go Download: ‘(n)Ether’

File Under: Melodic Rock/Metalcore
Chapter 14 – Like Trees in November: Sporting a sleek combination of the Deftones post-everything atmospherics and Every Time I Die’s caustic spasticity, Chapter 14’s debut EP Like Trees in November, hits like an atom bomb, deftly weaving between melodic histrionics and heavier bombastic aplomb. Fronted by ex-Destroy the Runner brainchild (also formerly of As I Lay Dying and Austrian Death Machine) Chad Ackerman, Like Trees in November is unlike anything he’s ever lent his name to, and things couldn’t be better off. The EP opens with ‘Winter,’ a tune that fans of Ackerman’s previous affiliations will surely salivate over, though be warned – it’s by far the heaviest output on Like Trees. No, the rest of the record doesn’t disappoint, as Ackerman flexes his pipes from here on in, delivering melodic moments in bunches through tracks like ‘Roses,’ ‘Acts Aside From Action’ and ‘Wizard of Gods,’ something he can actually do probably better than you’d expect. Closer ‘Moth and Rust’ is the perfect way to cap off Like Trees in November, and the perfect way to showcase the bands ability to break the mold via dense multi-layering and smart structures. Sure it’s only five songs, but that doesn’t change the fact that Like Trees in November is a must-listen. (www.myspace.com/chapter14)
Grade: A
Go Download: ‘Wizard of Gods’
Email Post
Labels: carl palmer cd reviews chapter 14 glassjaw review rundown ronnie wood system divide