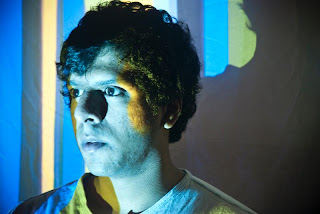 Oxford Mississippi native Deepak Mantena of creative pop-project Junk Culture developed the sound for his newest release, Summer Friends, from a lifetime collection of sounds he'd captured on a handheld recorder. Drawing on inspiration he found in the vibrant harmonies, psychedelic noises and dance rhythms that saturated his environment, he created alluring melodies using guitar, keyboard, and percussion and topped them off with choruses of his own explosive vocals. Experimenting with recording and sampling the symphony of sounds from his everyday life left him filled with a sense of freedom and a revived faith in the process of making music; the warm euphoric tunes he emerged with reflect a compelling range of influences that include everything from west-coast style pop to hip-hop mash-ups and raw punk-informed electronic dance tunes.

In 2009, Junk Culture joined the ranks of Girl Talk, Steinski and The Bran Flakes when Deepak signed with indie label Illegal Art to release his debut, West Coast. While touring in support of the release, he collaborated with his brother Nitin, who played drums for the band's dynamic live performances. Junk Culture's visceral live shows involve the siblings jamming to a tight string of sequences, which include sampled patterns and Deepak's singing, along with his own visuals which include colorful and dreamy segments along with clips of everything from skate and surf videos to fragments of vintage films.

Junk Culture's newest release Summer Friends reflects Deepak's gift for finding meaning in a diary of recordings and transmitting a celebration of the spirit. With influences that range from Caribou, Animal Collective and The Beach Boys, to MF Doom and Fennesz, his new songs have transformed significantly from his last record. With a cleaner and simpler pop tone, the recorded sound is stripped down to highlight its most powerful essentials with the resulting tracks relying more fully on Deepak's bold, enigmatic vocals. The outcome is a thunderous dance inducing album, which transcends genres and sounds like a rare collection of Deepak's very own nostalgic love songs, that he describes as "cosmic R&B."