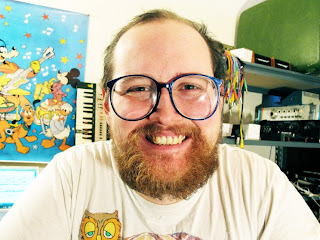 Dan Deacon has been tapped by Francis Ford Coppola to score his next film, Twixt Now and Sunrise, due later this year. The gothic romance stars Val Kilmer, Bruce Dern, Ben Chaplin & Elle Fanning. In addition to scoring the film, Mr. Coppola and Mr. Deacon are collaborating on a larger level, details of which will be announced soon.

The announcement comes on the cusp of Deacon's concert of new music for So Percussion on Jan. 20th at the Merkin Concert Hall in NYC and his first performance of new orchestral work Feb 3rd and 4th with the Kitchner-Waterloo Symphony in Kitchner, Ontario.