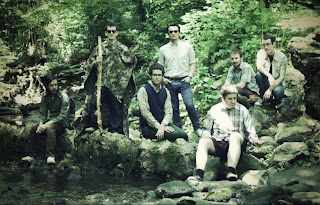 Brown Recluse formed in 2006 around the core of Timothy Meskers and Mark Saddlemire. Taking influence from the psych pop of The Zombies and Margo Guryan, the tropicalia of Os Mutantes, and 60s producers like Joe Meek and Phil Spector, the two recorded the bulk of their debut six-song Black Sunday EP. A brilliant blast of pop invention, Black Sunday easily rates as one of our favorite records of the last five years. Its blend of blinding songcraft, skilled arrangements and gorgeous playing is an absolute joy; it's rare to hear a record so assured from such a young band.

2006 and 2007 saw the duo expand to a six-piece live band that played numerous shows on the east coast with bands as varied as The Pains of Being Pure At Heart, Tyvek and Dirty Projectors, writing new material and winning new fans along the way. The Soft Skin EP was recorded in mid-2007 and released on Slumberland in September 2009. Its pastoral, psychedelic vibe brought to mind the sunshine pop of Curt Boettcher's The Millennium/Sagittarius projects, and such familiar touchstones as Brian Wilson, The Clientele and the Elephant 6 collective.

All the while they've been writing songs, honing arrangements and stockpiling musical ideas, and we're quite honored to be able to bring you Evening Tapestry, Brown Recluse's long-awaited debut full-length album. From the summertime daydream of opener "Hobble To Your Tomb" to the 50s-tinged pop of "Statue Garden" to the folky strum-fest that is "Monday Moon," Evening Tapestry shows a band at the peak of their powers, effortlessly combining elements old and new into a rich and very distinctive whole. Lead writer/singer/guitarist Timothy Meskers is really on fire here, his melodic vocals soaring in perfect complement to the deceptively complex tunes and gorgeous arrangements. Keyboards are subtly deployed throughout, playing counterpoint to the skilled jangling/comping of Meskers and fellow guitarist Herbie Shellenberger. The sound is warm and full, the band having recorded the album, like their previous EPs, at the esteemed Sound-In-The-Round studio.

While these eleven songs are truly bursting with ideas, they are also models of concision. Such is the focus and craft that Brown Recluse bring to this remarkable set of tunes that only one is longer than three and a half minutes. Future pop classics like "Impressions of A City Morning," "Summer Showers" and "At Last" are consummate examples of the song-writing art; full of great playing, poetic lyrics and melodic invention, they neatly sum up this sublime album. It's been a long time coming, but Brown Recluse have made quite a statement with Evening Tapestry, and we think you'll agree that it's one of the strongest pop albums in years.