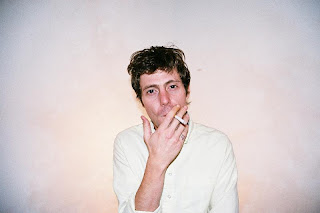 Those who expect Tim Presley's White Fence project to be an extension of Darker My Love are in for a lysergic surprise. Sure, listen to White Fence... Is Growing Faith, and you'll hear the same sixties love as in Tim's day-job band. But replace the boogie bass with Velvet Underground & Nico guitars, and ramp up the weirdness; that's not your turntable's belt melting, that's the warped, pitch-bent sounds of an album with a sheen of lo-fi so grating, you'll feel all the brown acid in your brain melting into your pineal gland just in time for the bad trip lyrics to kick in-that and the laughter, and the reverb, and the echo, and the feeling that this is a nightmare Presley's welcoming you to enjoy. Few albums in the somewhat recent past have had such a bleeding, in-the-red mystery (think, roughly, of Ween's The Pod, or Alex Chilton's Like Flies on Sherbet, or most of the Ariel Pink catalogue), and this has a similar sense of being a calm before a storm, albeit a paisley one filled with hashish-laden clouds of wonder. Yet aside from a few well-placed punk drums and vintage guitar sustain that sometimes stretches as late as 1978, this could be the great lost Teenage Shutdown or Pebbles compilation, with fantastic fanciful ballads and faded odes to lost friends all wrapped up in a stoned-ground aural husk rough enough to wear down your teeth. It holds up as an album, but the individual songs each tell their own stories, sometimes in a style similar to the Kinks, sometimes like a Voxx Records band from the 80's, and sometimes like a third-generation Dylan-buzzed teen who only recently learned two chords on the Farfisa. There's enough scuff and noise for the John Cale Dream Syndicate fan in you, enough acoustic guitar for the lover you want to be, and enough rock for anyone who's ever grown their forelocks long because their school had an above-the-collar rule. ....Is Growing Faith is so creative, so enjoyable, so deep, you'll wonder how Tim does it, what with Darker My Love and the Strange Boys being just some of his many other projects. Clearly White Fence takes some go-go-go with its linger-linger-linger. As Presley says in "Tumble, Lies & Honesty," "There is a power in me: I never look behind." -Dan Collins

White Fence will release "...Is Growing Faith" through Woodsist January 10.