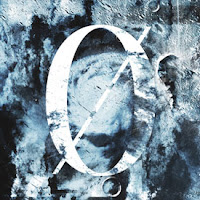 Yes, longtime drummer and clean vocalist Aaron Gillespie is gone (check out his other band the Almost), but no, Underoath hasn’t lost as much as a step in terms in sound on their fifth studio release, “Ø (Disambiguation).” Though the band, and more than handful of fans most likely, will miss Gillespie’s crisp vocal deliveries, his departure actually helps the band is a number of ways, ways that you will notice pretty much right away. First, the band sound like a more cohesive unit. The amicable split also forces Underoath to turn to a more mature sound as without Gillespie they can no longer fall back on their past musical blueprint. The aesthetic has to change, the formulaic mold has to be broken, and indeed it has been with “Ø (Disambiguation).”

The bed upon which frontman Spencer Chamberlain’s vocals rest has certainly stepped up its game. With the metalcore sound now removed, the band itself had to adapt, and they surely have by adding more progressive, driving elements on “Ø (Disambiguation).” And speaking of Chamberlain, his contributions are more than noteworthy. Cast with the unenviable task of leading the vocal charge alone for the first time in 13 years, Chamberlain delivered perhaps one of his best vocal performances set to wax to date (don’t forget about “Define the Great Line,” if you have listen to it right now), effectively replacing what Gillespie previously brought to the table in terms of clean singing, filling the void with atmospherics and ethereal airy-ness. Well, enough gushing.

“Ø (Disambiguation)” is a beast of a record, one that is full of such energy, such undeniable power it’s hard not to pay attention. ‘Illuminator,’ ‘A Divine Eradication,’ ‘Vacant Mouth,’ and ‘My Deteriorating Incline’ illustrate such powerful onslaughts, though it’s the moments of Deftones-esque semi-clarity that offer listeners another layer of Underoath and their new path (‘Paper Lung,’ ‘In Completion’). Hell, the band even takes the time to instill a bit of experimentalism into “Ø (Disambiguation)” with the wandering track ‘Driftwood,’ further proof that this band isn’t afraid to take risks and push the envelope of their respective sound.

If “Ø (Disambiguation)” is a sign of things to come, then it’s almost a certainty that Underoath’s future is as bright as it ever has been.