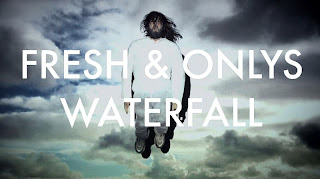 This has been a decisive year for San Francisco's The Fresh and Onlys - including invitations to play All Tomorrow's Parties and then join Deerhunter for a UK tour, extensive treks throughout the US, and standout performances at the Woodsist festivals in NY and Big Sur. Keeping with their notorious urgent pace the Fresh and Onlys released a handful of exclusive 7" singles, and Captured Tracks issued the lush and anthemic August In My Mind EP. Now to cap off the year, Play It Strange arrives this Fall from the infamous In The Red Records with a tour supporting Clinic across the US to follow.

Play It Strange is the third full length album recorded in just over two years since the band's inception with previous albums out on Woodsist and Castle Face. This newest album is also the first recording done outside the band's own analog home studio. Hot on the heels of touring and arranging these new songs live, Play It Strange was furiously recorded and mixed in one week with Tim Green (Fucking Champs, Comets On Fire) at Louder Studios in order to better capture the muscularity and depth of the band's live performances.

The Fresh and Onlys newest is a shimmering pop record full of infectious melodic hooks, led by singer Tim Cohen's hazy romanticism, and the incessantly propulsive rhythms of Shayde Sartin and Kyle Gibson. Play It Strange has an evocative moody swagger that jangles with 80's guitar pop like the Go-Betweens, Jacobites, or early R.E.M. and a provocative rawness ala Iggy Pop or The Gun Club. The record is saturated with guitarist Wymond Miles' sonic textural sprawl full of desert guitar-noir phrases that call to mind Morricone/The Bad Seeds. Play It Strange is an addictive record that will establish the Fresh and Onlys as a band that effortlessly laces together threads of great guitar bands from decades past. They may not be your favorite secret to keep much longer.

The Fresh and Onlys released "Play It Strange" on In The Red Oct. 12.