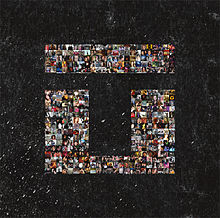 Even though Trapt really hasn’t changed much in their sonic makeup throughout the years, and over the course of their three previous releases, their fourth release, “No Apologies,” finds them returning to the hard charging rock sound they first burst onto the scene with back in 2002 with their platinum selling self titled debut.

Credit some of that renaissance to producer Johnny K (Drowning Pool, Disturbed), who has done the very same thing for a whole host of other bands during his vaunted career. Also credit a lot of this renewed vigor to the band just simply getting better. “No Apologies” finds the band a more unified unit, with far more cohesiveness musically, a characteristic that surely shines throughout the record.

The songs here are mostly cut and dry, and while “No Apologies” really won’t surprise you or ultimately jump off the page at you – it feels comfortable. The record is mostly comprised of arena rock quality, radio ready mainstream rockers (‘Sound Off,’ ‘Overloaded’) that should mostly remind you of the band during their infancy (think ‘Headstrong’-era Trapt), though the band does slip into formulaic territory with the inclusion of relatively predictable power ballads (‘No Apologies,’ ‘Are You With Me’). The slower moments of “No Apologies” are neither here nor there – they just seem to exist and really just fill the space between the heavier tracks.

Though “No Apologies” represents some of Trapt’s most focused and hard-hitting work yet, don’t expect this record to blow you away – it’s not built to do so, and it simply just doesn’t possess that type of stuff. Still, it is a good rock record, one that is aggressive enough to please existing fans of the band, while radio friendly enough to draw in a whole new crop.