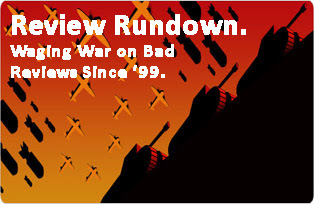 This new Review Rundown will offer takes on new releases from Shadows Fall, Echo Revolution, Amely, Jukebox the Ghost, and the Word Alive.


File Under: Live Metal
Shadows Fall – “Madness in Manila” CD/DVD (Ferret/Everblack Industries): If you have yet to experience Shadows Fall in the live arena – first of all, what’s up with you, get out to some shows – you are surely missing out on something the band does very, very well. The band’s latest release, the live CD/DVD “Madness in Manila,” showcases just how talented the New England band is when they take to the stage, though you should go experience the real thing. Regardless, this package was shot and recorded April 30, 2009 at the Pulp Summer Slam in Manila, Philippines. Right off the bat, the lack of material performed from the bands brilliant major label debut “the Art of Balance” is upsetting, though they did include ‘Thoughts Without Words’ and ‘Destroyer of Senses’ in the set. Why they didn’t include ‘the Idiot Box,’ which is arguably the bands best song, is confusing as well. The set also houses five tracks from 2004’s “the War Within” (‘The Light That Binds,’ ‘What Drives the Weak,’ ‘Enlightened By the Cold,’ ‘Inspiration on Demand,’ ‘the Power of I & I’), ‘Crushing Belial’ from the bands “Of One Blood” record, five cuts from 2007’s “Threads of Life,” (‘Redemption,’ ‘Burning the Lives,’ ‘Failure of the Devout,’ ‘the Great Collapse,’ ‘Forevermore’) and just a pair off the bands most recent studio offering “Retribution” (‘War,’ ‘A Public Execution’). Still, regardless of the song choices, “Madness in Manila” finds Shadows Fall sounding energized and focused and maybe even at the top of their game. This record is a great way to experience the band in another venue than simply in your CD player, and is more than worth your time and money. And that’s not to mention the additional bonus content (live content from Japan, the Philippines and Korea) – which is pretty killer as well. (http://www.shadowsfall.com/)
Grade: A
Go Download: ‘Destroyer of Senses’

File Under: Indie Rock
Echo Revolution – “Counterfeit Sunshine” (Open Arms Records): “Counterfeit Sunshine” doesn’t exactly open up with a bang, as the fairly reserved and mostly laid back ‘Open Your Eyes’ leads the rest of the album into battle, though it does recover nicely in the span of the next two tracks – ‘Counterfeit Sunshine’ and ‘High Road,’ a duo of tracks that offer balance. As a matter of fact, the record continues on a nice pace from there on in, toggling between indie ballads that should cause indie purists to crack a smile (‘Addiction,’ ‘Mt. Washington’) and livened affairs that add a bit of bounce to “Counterfeit Sunshine” (‘What Say You?, ‘Soul Work’). Most all sonic aspects of the record are sparking, making the choice to bring in Steve Churchyard (INXS, the Pretenders) to produce the right one. The guitars are front and center, the vocals are heartfelt and vulnerable, and the bass lines are stout when need be. Though the record is mostly minimalist contemporary indie rock, it does offer breaks from the norm along the way, a characteristic of “Counterfeit Sunshine” that just adds to its overall appeal. College radio, prepare yourself. (http://www.echorevolution.com/)
Grade: B+
Go Download: ‘Mt. Washington’

File Under: Catchy Powerpop
Amely – “Hello World” (Fearless): Right from the get-go, you should know that Amely isn’t re-inventing the wheel here on their Fearless debut, “Hello World.” Bands like this are pretty much a dime a dozen, though this disc isn’t without its charm. The good thing for Amely is that they are churning out guitar driven powerpop tunes at a level slightly higher than those of their scene brethren, eight of which comprise “Hello World,” a disc rife with enough saccharine to give you a stomach ache. Some such tunes are ‘Now or Never’ and ‘Sing to You,’ songs that thrive during absolutely soaring hooks complete with a sugary sweet sheen, though almost any track off this disc could have been listed there. Amely’s sound is pretty polished, one attribute the band has going for them, but even that can’t really save this disc from certain mediocrity. But what might save the record from a certain genre burying is the closing duo of uber-ballad ‘Have You Ever Known?’ and theatrical closer ‘Hello World.’ Petie Pizarro’s vocals take the lead at this moment in the record, and his vocal strength shines bright as he shows a distinct range, which is really something some other powerpop acts surely desire to have. Sure, “Hello World” is a good addition to the saturated powerpop/emo world, but what’s paramount for Amely is that their preeminent days are ahead of them. (www.myspace.com/amely)
Grade: C+
Go Download: ‘Hello World’

File Under: Modern Pop Rock with a 60’s Tilt
Jukebox the Ghost – “Everything Under the Sun” (Yep Roc): Delightfully animated and wonderfully energetic are just two high praises that could be bestowed upon “Everything Under the Sun,” just the sophomore release from Washington, DC’s fresh-faced pop rockers Jukebox the Ghost. This record is full of life from bell to bell, one completely full of pop gems in the making, ready for you to excavate them, with your ears. Well, you get the point (hopefully). These songs are sunny, vibrant and precisely delivered, something the band must have really spent some time and focus on since their 2008 debut “Let Live and Let Ghosts.” “Everything Under the Sun” finds Jukebox the Ghost a tighter group collectively, something the trio show in spades across the board on this disc. The arrangements are beautiful, as the band dispense one striking pop structure after the other, showcasing their fantastic sensibilities through vessels like ‘Half Crazy,’ ‘Summer Sun’ and ‘the Sun,’ before offering a break from all the sunshine and effervescence in the way of the ballad ‘So Let Us Create,’ a track that surely borders on shoe-gazing. “Everything Under the Sun” is a captivating record that offers good times by the handful; a well-written powerhouse of a record despite the fact that it literally is just vocals, guitar and piano most of the time. But despite all the albums positive assets, its greatest strength may be the fact that once the last track (‘Nobody’) concludes, you as a listener are left wanting oh so much more. (http://www.jukeboxtheghost.com/)
Grade: A
Go Download: ‘The Stars’

File Under: Metalcore
The Word Alive – “Deceiver” (Fearless): Even though it spends some time wading in the clichéd ever-so-shallow waters of truisms, the Word Alive’s debut full length “Deceiver” does do quite a bit to drown out the cackling voices of their naysayers and critics. Somehow the band is able to expand off the whole formulaic riff-centric metalcore sound they call home, achieving such a feat by blending in moments of synthesized experimentalism and highlights of alluring post-hardcore. The strongest spots of “Deceiver” come from the excellent key work of Dusty Raich and the guitar tandem of Tony Pizzuit and Zack Hansen, a combination that fires off such memorable moments as ‘Epiphany,’ ‘2012’ and even the regurgitated ‘Battle Royale,’ a track used on the band’s debut EP “Empire” that still remains noteworthy. Unfortunately, when the Word Alive tries their hand at coloring outside the lines on “Deceiver” is when things go wrong. ‘You’re All I See’ and ‘Dream Catcher’ are two such instances, times at which the band attempt to distill the work with some moody lines and vibes, efforts that just seem to fall flat. Thankfully the good portions of “Deceiver” cast a pretty big shadow over the not-so-good portions, which make this record a pretty enjoyable spin. At times it’s thrilling and powerful, and even through its manufactured doldrums, it’s a success. (www.myspace.com/thewordalive)
Grade: B-
Go Download: ‘2012’
Email Post
Labels: amely cd reviews counterfeit sunshine deceiver echo revolution everything under the sun hello world jukebox the ghost madness in manilla review rundown shadows fall the word alive