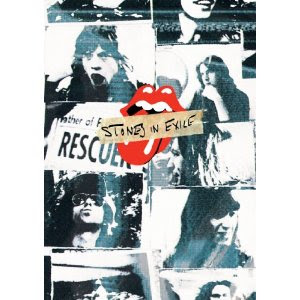 
If you don’t believe that there was a time when the Rolling Stones weren’t in the best of places – recording in basements and avoiding the law as examples – then set aside some time for “Stones in Exile,” a new documentary chronicling the bands recording process of their now-legendary “Exile on Main St.” album nearly three decades ago. The doc comes straight from the source as 3/5 of the band – Mick Jagger, Charlie Watts and Keith Richards - share producing credits, along with director Stephen Kijak, so rest assured going in that this isn’t a mere fluff piece. And if you don’t go into the film with that mindset, its content and wild story arch’s will get you in that line of thinking rather quickly.


“Stones in Exile” sheds light on some of the rougher times in the bands storied career, including fleeing from England to avoid tax issues, and recording in the incredibly uncomfortable basement of Jagger’s French villa, the Nellcôte in Villefranche-sur-Mer, which subsequently shaped the outcome of “Exile on Main St.” though you probably wouldn’t know it judging by the nonstop parties, incoherent scheduling, and 24-hour sessions that led to “Exile” being recorded in most every room in the house separately, including the kitchen. The film spans nearly 2.5 hours (145 minutes), and since it is a project helmed by those who lived it, the doc is as personal and as in-depth as they come. You’ll bear witness to a plethora of Stones goodness that you normally wouldn’t otherwise see, such artifacts as lyric sheets, photographs, sound bytes, and, of course, video, historic trinkets that only band members would access to, and since it’s the band showing them to you, you too now can share a bit of history through “Stones in Exile.” And that’s just some of its charm.


The bonus footage and extra content of the DVD release make the overall package just that much sweeter, as not only will you get full length sit down interviews with the band members as well as the band revisiting some of their stomping grounds from the “Exile” era, including Nellcôte and Olympic Studios, you’ll also see a whole host of celebrity/musician guests add their thoughts on the record, a list featuring Jack White and Sheryl Crow.


Those looking to “Stones in Exile” for multitudes of live performances should look elsewhere because this doc focuses more on the story angles and lines, though there is song clips scattered about. This is selling the stories that led to the finalized product of “Exile on Main St.,” stories fans should be lining up to spend their hard earned cash on. Yes, they are that good. In short, if you see any Rolling Stones film or documentary this year, or at all to celebrate the landmark disc, see this one.