Reviewed! No Regime - "No Regime" EP 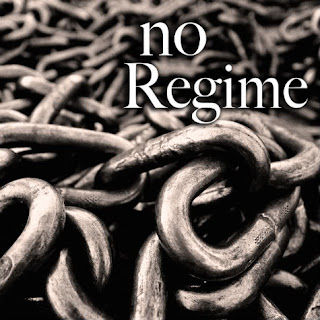 No Regime
“No Regime” EP
http://www.myspace.com/noregime
This EP is six tracks of mostly promising garage punk in need of a tune-up, and some polishing. The raw feel of the recording adds a nice intensity to the music, though it ends up detracting more than actually helping. But thankfully for No Regime, it’s an easy fix, and really the only thing that requires a slight tweak because the groundwork is pretty solid musically. The opening track, ‘Echoes of Humanity,’ will have you thinking you’re listening to a cut off the new Dethklok record – it’s a sonic collage of noises highlighted by machine gun bursts – but shortly after, the fun begins. The record sort of just plods its way along, getting stronger with each track, actually culminating with its two best offerings, ‘Make a Change’ and ‘Mr. Frilles.’ Normally younger bands tire and fade deep into records, and while five songs isn’t exactly that deep, you should get the gist. No Regime infuses a bit of ska/skate guitars into their late-70’s sounding punk as well. Some of it offers clarity, other times it offers nothing, and sound plain choppy. Regardless, it’s clear the band has all the requisite talent necessary to only get better from here on in.
Grade: C
Go Download: ‘Make a Change’
Email Post