Reviewed! Hoobastank - "Is This the Day?" 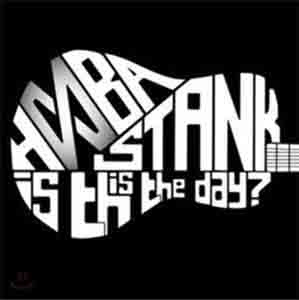 Hoobastank
“Is This the Day?”
Island
The idea of a band that has been out of the limelight for so long to attempt a return with an acoustic record is utterly baffling. Such is the case of Hoobastank, who have been close to irrelevant since 2003’s “the Reason,” and their latest, and first entirely acoustic record, “Is This the Day?” And their irrelevance is no more evidenced right from the start by the sheer fact that the band opted to release this record first in South Korea, then in Japan, before bringing the work stateside.
A quick refresher for those who haven’t been paying attention to the Agoura Hill’s outfit – after wrapping their tour cycle for “the Reason,” which saw the band move more than 2.3 million copies worldwide, the band released “Every Man for Himself,” a painfully underrated record that saw the band fall out of the mainstream spotlight that failed to live up to lofty expectations despite being certified Gold in the US. The band went onto release “For(n)ever” in 2009, then a greatest hits record, “the Greatest Hits: Don’t Touch My Moustache” later in the year. They have since released a live record, “Live From the Wiltern,” before dropping “Is This the Day?”
“Is This the Day?” is an intriguing idea from the start, as not every track is a pinpoint acoustic recreation of the original version. Some of the tweaks are well deserved and blend into the acoustic arrangements well, like the piano touches throughout the bands reimagining of their smash hit ‘Crawling in the Dark.’ Not only is the tempo slowed considerably, but the added key work adds a subtleness casts a new light on the song. The band gives ‘Same Direction’ the same type of makeover, though it isn’t all waving lighters and crooning. ‘Pieces’ shows the album has a pair, even if it is about the only moment on “Is This the Day?” that Hoobastank shows they are still a rock band. Believe it or not, more than a number of the bands songs translate well to the unplugged arena, including such favorites as ‘the Reason,’ ‘Running Away,’ and ‘If I Were You.’

Vocalist Douglass Robb seems to have a knack for carrying a tune, which has never been more evident since he is front and center here on “Is This the Day?” clearly projecting and passionately emoting song after song. The lone new song is the albums title track, making it a clear spotlight work, and one to surely look out for.
What’s the most confusing aspect of the record is the fact that the songs do not appear in chronological order according to their release. Take the albums first three tracks – ‘Just One’ is from “the Reason,” ‘Crawling in the Dark’ appears on the self-titled and ‘I Don’t Think I Love You’ is off of “For(n)ever.” The albums track listing continues like this throughout the rest of the album. Perhaps they were doing this just to be different, or so that there seems to be a better variety by listening, but still, the choice in mostly beguiling not to lump certain songs together according to album.
Grade: B-
Listen to: ‘Pieces’
Email Post