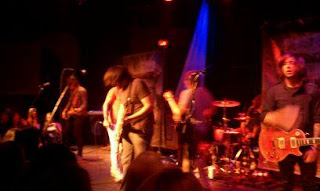 Hey Framing Hanley, Again with the Tralf? Really? Framing Hanley, Transmit Now at the Tralf 7/20/10
Those who have been to a show at the Tralf should know that the venue, while somewhat historic and pretty iconic as far as Buffalo venues go, doesn’t cater all that well to rock bands. And for those that don’t know, now you do. Hell, Framing Hanley should know that, having played at the venue once before. Regardless, what’s that old adage – if at first you don’t succeed, try, try again? Try again they did, and while the sound was a little more up to par this time around, it still didn’t sound like a good fit.
The boys brought with them a bona fide opener this tour in Florida’s Transmit Now, and these guys did what every good opening band should, win the crowd over with some good rock tunes, while warming the crowd for the headlining act. And win the crowd over they did. When these guys hit the stage, the crowd was at a literal stand still, though as their set progressed and the band fired off quality cut after cut off their latest self titled record, the intimate crowd in 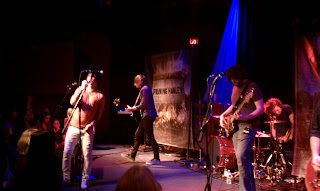 attendance warmed up progressively. Even though not everyone in the crowd knew Transmit Now by name, they sure took a stern liking to them as the band performed a cover of Lady Gaga’s ‘Bad Romance,’ a song that garnered arguably the strongest reaction of the night, well aside from ‘Lollipop’ by Framing Hanley, but we’ll get to that a little later. I had been waiting to hear these guys live, and now that I have, I want to see them again. They were good – better than I, and probably a lot of other people at the Tralf – expected them to be.
Following a small break Nixon and the boys took to the stage and the crowd was surely ready for them – packing the stage area tightly and concisely. Now, maybe it’s just me, maybe it’s the fact 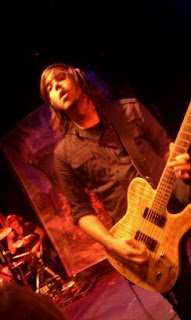 that I’m not the biggest advocate of their latest offering, “A Promise to Burn,” but I wasn’t too enthralled with their set on this night. They kicked things off with back-to-back new tracks in ‘Warzone’ and ‘Bittersweet Sundown,’ before digging into material off their widely accepted debut “the Moment,” by ways of the excellent song ’23 Days.’ And so would the rest of the set play out, a few older tunes sprinkled throughout gobs of new material, as the band graced the crowd with older songs like ‘Home,’ and the eventual closer ‘Hear Me Now,’ before encoring with a cool, slowed version of ‘Built for Sin,’ and the afore mentioned crowd favorite closer ‘Lollipop.’ I was surprised to see the band pull off an encore but no one left after ‘Hear Me Now;’ they just stayed and chanted for more, and Framing Hanley gave them more. As far as new stuff, the band jammed tracks like ‘Fool With Dreams,’ ‘Photographs and Gasoline,’ ‘Livin’ So Divine’ and ‘You Stupid Girl,’ which actually turned out to be of the night’s highlight performances. They didn’t play as much old stuff as I would have liked, but who am I to complain, I’d go see them regardless of what they played. 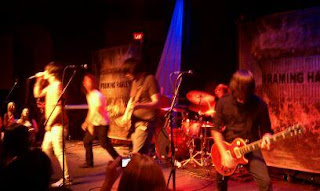 There’s just something about the band that keeps me interested – something that keeps drawing me back. They’re good, no doubt about it. Next time Framing Hanley is back in these parts, expect to see me in the crowd. Or at the bar, same difference. Either way, I’ll be there.
Email Post