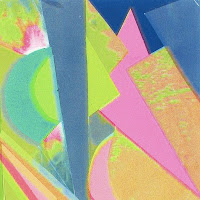 Psychic Chasms, the debut full-length from Neon Indian, will be released as a newly mastered deluxe edition on CD and double Vinyl on September 28, 2010 and digitally on August 31 via FADER Label / Static Tongues. The new version of the album, which is augmented by Mind Ctrl: Psychic Chasms Possessed, contains nine bonus tracks consisting of exclusive remixes and cover versions by Toro Y Moi, DNTEL, Bibio, Javelin, YACHT and more. The band will also tour this Fall with Prefuse 73 and Miniature Tigers, in addition to their previously announced headlining dates, and shows with Chromeo and Phoenix.

In June, FADER Label welcomed Neon Indian to their roster and announced plans for the re-release of their critically acclaimed debut Psychic Chasms in a unique partnership with Static Tongues, the label started by Neon Indian's Alan Palomo. Prior to this announcement, the Brooklyn by-way-of Austin four piece ended a series of dates that included sets at Sasquatch, Pitchfork Fest and Bonnaroo, and a string of performances with Massive Attack.

Psychic Chasms was first released on indie-label Lefse Records last October and has since been embraced by numerous critics including those at SPIN, New York Times, Rolling Stone, Wall Street Journal and Pitchfork, among others. In February 2010, Neon Indian made their late night TV debut with a performance on Late Night with Jimmy Fallon and most recently, released the single "Sleep Paralysist" on Green Label Sound. The track, produced by Palomo in collaboration with Chris Taylor of Grizzly Bear, is the first original new music from Neon Indian since the debut album last Fall.