Reviewed! Lamb of God - "The Hourglass" 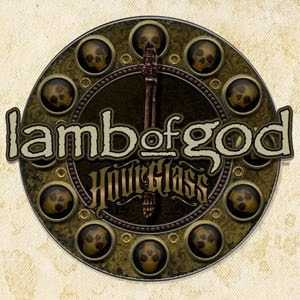 Lamb of God
“The Hourglass”
Epic
As if the world needed any more proof of Lamb of God’s brilliance, the goes and drops “the Hourglass,” a definitive new three disc compilation spanning the dominant career of the Richmond, Virginia metal merchants.
“The Hourglass” leaves no stones unturned sonically in terms and Lamb of God’s body of work, and is split into three easily defined sections, the first of which is entitled “the Underground Years.” The opening salvo of the collection includes tracks from what could be referred to as the bands underground days, from when they called themselves Burn the Priest, as well as when they were reborn as LOG, then signed on with Metal Blade Records for 2000’s “New American Gospel,” then Prosthetic Records for 2003’s “As the Palaces Burn.” Basically “the Underground Years” will catch you up to speed on most everything the band did before hitting the mainstream, inking a deal with Epic Records, the label they call home today in October of 2003, which serves as the perfect segue into disc 2, “the Epic Years.”
As you’d expect, “the Epic Years” follows the band after they made the jump to the mainstream so to speak, cataloging tracks from the bands most recent releases – 2004’s “Ashes of the Wake,” 2006’s “Sacrament” and 2009’s “Wrath.”
While the first two-thirds of “the Hourglass” fill you in as to where the band us and where they have been, the third and final offering – “the Vault” is really the record you will want to spent the most time with. This portion of the collection houses most every bonus track, one-off release, b-side and exclusive the band has ever released, some of which are available on special and deluxe versions of their studio releases. Don’t go any further than “the Hourglass” though to hear all of this exclusive content – it worked so hard to put it all in one place for you.
This is truly Lamb of God at their very shining, their shining moment to date if you will. This is the ultimate LOG collection, plain and simple. You should own “the Hourglass,” plain and simple. But this today, plain and, well you get the point. Stop wasting time and go get yourself a copy.
Grade: A
Listen to: ‘The Hourglass’
Email Post