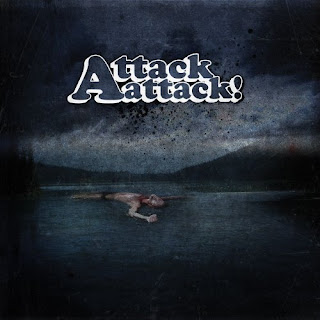 Attack Attack!
"Attack Attack!"
Rise
‘Crabcore,’ yes, ‘crabcore’ (what the hell?) is back in the form of Attack Attack, and their latest self-titled release. It’s no small secret that there are some gaping flaws in Attack Attack!’s game, but this eponymous release proves that these boys, at least, can play, and they can shred at that. After the opening tandem of 'Sexual Man Chocolate' and 'Renob, Nevada' whip your ass into shape with face-melting guitars and gut-busting vocals, the record hits its first snag. 'Shut Your Mouth,' the bands pretty much failed attempt at scene-tastic electro-dance-pop, is hilarious and damn laughable, though it’s incredibly unnecessary, especially given its placement on the disc. But the band plays things smartly here, following up that utterly skip-worthy effort with the floor-punching 'A for Andrew,' a track brimming with pit-ready breakdowns that could make Bring Me the Horizon smile. Speaking of breakdowns, flip over to 'AC-130,' a song that’s in essence a two-minute long breakdown, one that sounds scooped off the cutting room floor of a Premonitions of War recording session more than anything else. And speaking of 'AC-130,' following this song things start to go horribly wrong, as the wheels start to come off "Attack Attack." 'Fumbles O’Brian' proves that all auto-tuned crunk isn’t created equal, 'Turbo Swag' sounds way too much like an I See Stars b-side for its own good, and the albums closer, 'Lonely,' even though Jason Cameron of Bury Tomorrow guests, is Attack Attack! trying their hand at R&B. Enough said.
Email Post