Returning to His Roots: Chris Nathan @ the Tralf 7/29 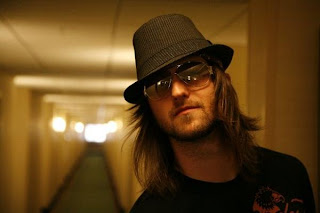 Chris Nathan, a local Southtowns boy attempting to make good in the big city, is returning home to his roots, this Thursday, July 29 at the Tralf Music Hall for a homecoming performance.
Nathan, a Nashville native by way of his hometown of Angola, moved to the big city three years ago in order to fulfill his dream of making a living through his music. He is clearly excited about getting a chance to be back home.
“I’m really looking forward to getting the chance to play at the Tralf in front of my hometown crowd,” Nathan said. “In singing new songs for the fans and friends, while bringing the most dynamic pop/soul show Buffalo will ever get, I guarantee that every show, no matter how many people or where I am. I make sure I sing with all my heart.”
Nathan made it clear however that he may be looking forward to more than just the concert.
“I’m looking forward to a combination of Labatt Blue Light and chicken wings - hot honey coated wings to be exact for those wondering.”
Nathan, a born singer and multi-instrumentalist (he can play drums, violin, guitar, bass), stands at a towering 6’6”, but you wouldn’t know it by just merely hearing his soulful, crooning voice, one which combines elements of rock, pop, funk and blues. Even though the Lake Shore Senior High graduate is garnering some attention from some pretty reputable places in the music industry, he won’t soon forget where he came from.
“I cannot hesitate one bit to thank each and every friend family member that is still supporting me. I work very, very hard for what I now have and without friends and family I'd probably go crazy. There is so much inconsistency in the music industry and my friends and family keep it consistent for my sanity, because no one with the "suit" on is ever happy with you.”
He is currently preparing the follow-up to his debut album, “Words,” which was released in 2007, and fans in attendance can expect to hear some new material in Buffalo.
“The fans can expect to hear a lot of new music, and a new direction for my style, but be ready to hear your favorites! I’m planning on bringing it every song for the 716. I'm going to deliver a very dynamic show for everyone, not just your run of the mill type stuff. The audience will be engaged from note one to the final stanza, if I may.” 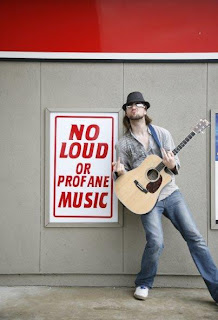 As far as what fans can expect to see of Nathan on stage, he isn’t too quick to reveal much.
“I can't give away my tricks!”
For those who have not heard his music yet, expect very well written soul music with a smart pop twist. Fans of John Mayer and John Legend will love his style. He has also been compared to Maroon 5 and the Black Crowes, though there is a Dave Matthews element to it.
“People should come to see me perform because it's a true live show. There's no auto-tune or people trying to dress my voice and songs up. I can actually sing and write my own music. I'm someone who brings it every show. If there are 10,000 or even 3 people in a room, I will sing with the same attitude no matter what. I love to perform and it's completely unique each and every show.”
Be sure to catch Chris Nathan live at the Tralf Music Hall on Thursday. The show starts at 8 p. m. Tickets are $15 advance, $20 at the door. Nathan is also using the show to support Music is Art by offering a recording of his Tralf show in exchange for a donation. The “official” after-party will take place at the Pearl Street Brewery starting at 9:30 p. m. with Type Relevant, Brownman and DJ Cutler.
Email Post