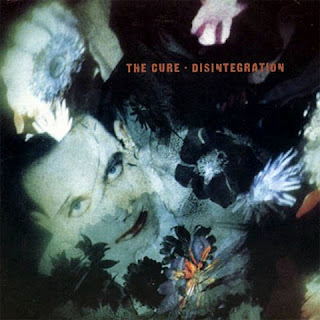 “Disintegration,” the second opus of the Cure’s legendary masterful trilogy, has been re-released, and we, as the music consuming public, are better for it. The 1989 release has long been lauded as the bands crowning achievement, following up 1982’s “Pornography,” and playing the predecessor to 2000’s “Bloodflowers,” in the vaunted trilogy. This time around the album sees a deluxe makeover in terms of additional content to the tune of a three-disc collectors set, something that should have Cure fans salivating.

The first disc of the brilliant set is “Disintegration” itself, obviously. Led by one of the bands greatest tracks in ‘Pictures of You,’ the record is a slow dirge, an effectual romp through the mind of enigmatic frontman Robert Smith. The bands highest charting US single ‘Lovesong,’ written by Smith as a gift for his wife, allows fleeting rays of sunlight to saunter into the record, though those are quickly gobbled up by earnest, sprawling adventures like ‘Prayers for Rain’ and the menacing ‘Lullaby.’ The record continues down a dense, emotional path as it careens towards its finish line with outings like ‘the Same Deep Water As You,’ ‘Homesick’ and ‘Untitled.’

The collection continues with the second disc, “Rarities: 1988-1989,” a disc full of songs that perhaps some Cure listeners didn’t know existed. A number of surefire rarities are housed here, from Smith’s solo demos to instrumentals, to alternate versions and Guide vocal mixes. Band rehearsal sessions are also included, where songs such as ‘Fear of Ghosts’ and ‘Noheart’ are unearthed. The effort is capped off by the Smith solo track ‘Pirate Ships.’

The third and final piece of the puzzle is a 12 track live release entitled “Entreat Plus: Live at Wembley 1989.” This show captures the “Disintegration” performed live in its entirety, a true treasure for any fan of the band, or the record for that matter. From ‘Plainsong’ to ‘Untitled,’ “Entreat Plus” is the seminal release in all of its live glory.

Well, the argument can be made that the band has never been better than they were on “Disintegration,” a conversation that has carried on throughout the years with each new release from the Cure, one that surely isn’t going to be answered anytime soon.

Grade: A
Listen to: EVERYTHING