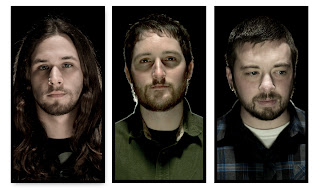 Academy Fight Song is proud to announce their newest signing - Kingston, NY’s NIGHTMARES FOR A WEEK. The band will release their debut full-length later this Fall after recording with John Naclerio (Polar Bear Club, My Chemical Romance, Just Surrender).

Tour veterans and stage professionals, NIGHTMARES FOR A WEEK are reminiscent of Jawbreaker, The Hold Steady, and The Get Up Kids. They play indie rock anthems full of gritty melody, driving rhythm and heart-exploding emotion. Featuring ex-members of Anadivine, NIGHTMARES FOR A WEEK released their debut EP in 2009 on Broken English records, and were named one of the “100 Bands You Need to Know In 2010” by Alternative Press magazine.

Stay tuned for more updates and album details from NIGHTMARES FOR A WEEK!
Email Post