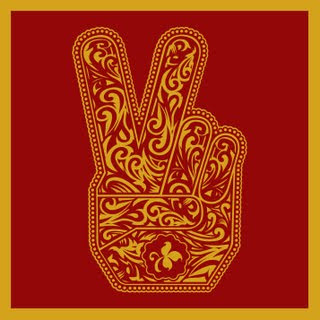 Stone Temple Pilots
“Stone Temple Pilots”
Atlantic
It’s been nearly a decade (nine years to be exact) since we last heard anything from the Stone Temple Pilots, especially anything close to a new record, since their 2001 release “Shangri-La Dee-Da.” Well, with the bands eponymous sixth studio release to date, STP are back and have decided to join the ranks of those bands they once rose to stardom alongside, bands like Alice in Chains and Soundgarden, who have decided to get back together and give it a go one more time. After one listen to “Stone Temple Pilots” you will realize that we are all better off for it.
When it comes to this self titled disc, the argument could be made that it is a severe departure from the bands normal sonic façade, but on the other hand, it could be said that this is their most adventurous, most unrestrained work released during their career. You could reference a band like the Beatles in comparison, but honestly, that would do an injustice to STP, because in reality who could stack up to them? STP are something of a chameleon if you think about it – they are able to adapt musically to their surroundings and now, nine years since they last streeted a full length, they are at it again. Times have changed, the rock music world has changed and with it so has the San Diego, California outfit, and as they say, the ability to change is tantamount to longevity in this business.
Album opener ‘Between the Lines’ is a great introduction for listeners to this record but also, serving as the records lead single, a great re-introduction of sorts to the world at large to STP. Its psychedelic leads and raw garage variety vibe prepares you for things to come, and also shows the band has not forgotten their roots as a rock band. Enigmatic and mostly controversial frontman Scott Weiland really returns to form vocally throughout, and regardless of whether he is on- or off-the-wagon, he sounds damn good. Weiland’s wailing and crooning is stunning, if not completely surprising, due to his long publicized bout with demons and the like. Still, he leads the charge on “Stone Temple Pilots” so to speak, effortlessly transitioning between guitar fueled ditties built for the top down and the open road, complete with melodies that jump off the page (‘Dare If You Dare,’ ‘Cinnamon’), songs that will have you remembering STP’s rock chops of yesteryear (‘Take a Load Off,’ ‘Fast As I Can’) and some tunes that the 60’s and 70’s called about and would really like back (‘Hickory Dichotomy,’ ‘Bagman’). Suffice to say, the oft-embattled singer may have never sounded better.
With their self titled release, Stone Temple Pilots sound near timeless and thoroughly refreshed and recharged. The most important thing to take away from this release however is the fact that STP is finally back, and most, if not all, of us can stop waiting and biting our nails in suspense.
Grade: A
Listen to: ‘Hazy Daze’
Email Post