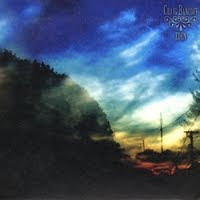 Craig Bancoff
“Eden”
http://www.craigbancoff.com/
If you’re in the market for a soundtrack to your lazy day weekend morning while the wind blows through the trees, or need a listen on an overcast day, Craig Bancoff had covered all bases with “Eden,” a contemporary mix of folky Americana and alt-country music. In other words, if you need a companion while sitting on your porch relaxing, look no further.
“Eden” is a thoroughly blue collar effort rife with endearing melodies and engulfing affairs, a true roots record with Bancoff and his passionate and relatable vocals at the helm. Bancoff delivers his message with not only his powerful lyrics and traditional take on storytelling, but also his use of pedal steel and clean acoustic guitars, as well as a mandolin, presented as they should be – effect free and somewhat vulnerable, delivered with ease without being muddied. Bancoff’s range lies somewhere in-between James Taylor and early Tom Petty, and fans of Bruce Springsteen’s acoustic endeavors should find this record enjoyable as well. “Eden” doesn’t simply start off hot then slow and drag its way to the finish; it’s actually gets stronger in the latter stages. The title track is one of the better songs off the disc, and is one of the best written as well.

If you’re in the mood to rest you weary bones, pop in this record, press play and let Craig Bancoff be your soundtrack.
Grade: B
Go Download: ‘Eden’
Email Post