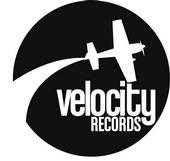 Emerging from the rubble of various local and signed bands, Atlanta agro rockers Woe, Is Me (W.I.M) have just signed with Velocity Records/Rise Records, joining Abandon All Ships on the fledgling label. Building itself on an ever expanding experimental level of musicianship, the seven piece band packs a powerful punch that can easily be felt behind its catchy choruses and punchy breakdowns.

The band will be heading into the studio April 28 thru June 11 with producer Cameron Mizell (I See Stars, Oceana, Of Machines) at the Orlando Chango Studios to begin work on its debut record entitled Number[s]. Currently garnering a lot of MySpace plays for its quirky, yet blistering, cover of Ke$ha’s “Tik Tok!” expect these guys to deliver the goods.

Formed in September 2009, the Atlanta ‘down south’ band runs the gamut of styles, from R&B to Metalcore, to even classical. The powerful seven piece band is made up of singer Tyler C., screamer Michael B., guitarists Tim S. and Kevin H., bassist Cory F., drummer Austin T., and keyboardist Ben F.

On the strength of a three-song demo the band recorded with producer Cameron Mizell, they were able to land management and eventually a record deal. Things just keep falling place for Woe, Is Me, as the band consistently proves it has what it takes to break down doors and win everyone over.

After the recording of Number[s] look for the band to hit the road on the upcoming Artery Foundation Tour. You’ve been warned, lookout for Woe, Is Me.